Walt Disney World Resort has seemingly found its answer to the strides that Universal Orlando Resort has made over the last several years.

Universal Orlando Resort is currently in the midst of its biggest construction project ever, Epic Universe, an all-new theme park that is set to open in 2025. With Universal set to open its third theme park in Orlando and add several hotels, there are many industry insiders who have said Walt Disney World Resort has major competition in the near future. 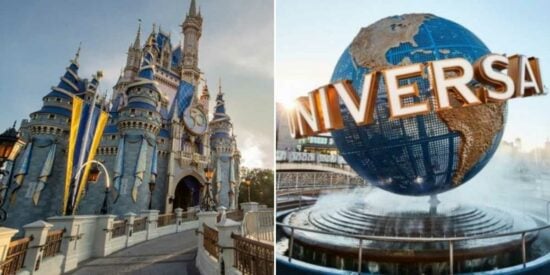 “I’m especially excited for Epic Universe to open in the summer of 2025 which will transform Universal Orlando into a weeklong destination,” Comcast CEO Brian Roberts said during a fall earnings call.

With Universal making major strides, it has left Disney Park fans wanting to know what might be next for Walt Disney World Resort and its four theme parks, which include Magic Kingdom, EPCOT, Disney’s Animal Kindom, and Disney’s Hollywood Studios.

Recently, they seem to have gotten a quick glimpse into what that response will look like.

Disney plans to spend $6.3 billion on capital expenditure in the fiscal year of 2023, which is a massive a 37% increase from the $4.7 billion spent in 2022. With a major increase in spending coming in 2023, the expectation is that Disney will finally be able to address many issues that have plagued the Parks over the last few years, including damage and much more.

But, these expenditures aren’t the only thing happening behind the scenes.

Disney has already revealed that it is looking to make some major changes in the future, particularly at Magic Kingdom and Disney’s Animal Kingdom.

At the D23 Expo in Anaheim this past September, Disney revealed that it was looking at a massive expansion at Magic Kingdom, but hadn’t completely decided what would be coming to Disney Park. Coco, Encanto, and a Disney Villains land were all things that were being considered “Beyond Big Thunder Mountain.”

In addition to the exciting news that we’d be getting something in the future at Magic Kingdom, Disney also revealed that it has plans to update DinoLand, U.S.A. at Disney’s Animal Kingdom. Ideas thrown out included both Coco and Zootopia as possible IPs to take over the area in the future.

No matter what the future looks like, it’s clear that Walt Disney World isn’t done expanding and that there are major plans happening behind the scenes. With Bob Iger back at the helm, it will be interesting to see if any of these projects are put as higher priorities as he attempts to appease a fanbase that has been divided on many issues, related to politics, Disney Genie+ and Lightning Lane, the Disney Park Reservation system, and much more.

Do you think these plans will give Disney a decided advantage over Universal in the future?