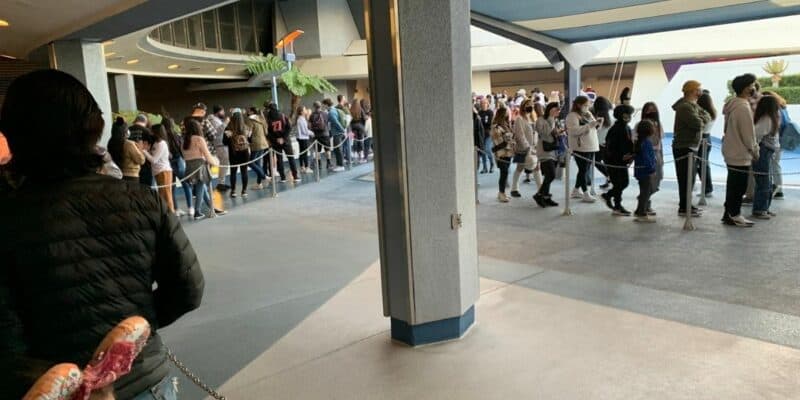 Despite the controversy that it has created, Disney Genie+ and the Lightning Lane services continue to be popular purchases at the Disney Parks.

Guests who have recently visited Walt Disney World Resort and Disneyland Resort have likely been introduced to Disney Genie, Disney Genie+, and the Lightning Lane. Genie+ and Lightning Lane, which are paid services that can be purchased on the My Disney Experience app, allow Guests to book reservation times for their favorite attractions and then enter the “Lightning Lane” when it is time for those reservations.

While Disney Genie+ started out at as a fixed price, Disney recently changed its method to account for crowd levels, meaning that the price of the service– and Individual Lightning Lane passes for popular attractions that can only be purchased a la carte– fluctuate based on crowd attendance.

Over the week of Thanksgiving, we saw the paid service hit a new high at $29.00, but what if we told you that’s not the ceiling for where it will end up?

Crowds are expected to ramp up yet again as the Holiday season continues, especially as we get into the week of Christmas and the week after Christmas heading into the New Year.

While Disney has not released the prices for these weeks as of yet, many insiders believe that the prices for the service will yet again explode. Though the prices were up to $29.00 per person over the week of Thanksgiving, the Lightning Lanes were still full and Guests still had trouble snagging reservations for some of the top attractions.

With demand at this high of a level, it should be expected that Disney will once again increase, this time likely to a price that could be in the range of $35.00. Keep in mind Disney increased $7.00 ($29.00 from what once was $22.00) as its high last time, so we could expect that this increase is even higher.

If this is the case, however, and we see prices for Disney Genie in the range of $35, it means that it would now cost a family of four a total of $140.00 to purchase the service for the day.

It’s unclear at this point when demand will reach its peak for the service and if there might be any changes in the future, but for now, we can expect that the prices will continue to increase until a large number of Disney Park Guests deem the service to be too high for them to purchase.

What do you think of the price increases to Disney Genie+? Let us know in the comments.