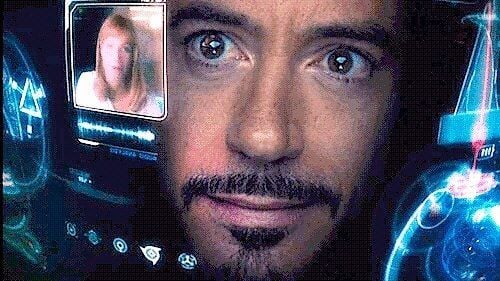 It didn’t take long for Iron Man’s replacement to steal one of RDJ’s unique looks in the MCU, as the new trailer for Black Panther: Wakanda Forever (2022) revealed the parallels to fans.

For a while, fans have known that Marvel Studios was moving forward in the MCU without Robert Downey Jr., but no one would’ve expected to see his replacement appearing to steal some of his unique looks as well.

Dominque Thorne’s Riri Williams/Ironheart will have a significant role in Black Panther 2 as she is reportedly why Namor will start a war with Wakanda. Details of why this will happen are unclear, but Ironheart will be at the center of the Black Panther sequel for the better or worse.

Merchandise has given fans a sneak peek into how her version of the Ironheart suit, and now the trailer has confirmed that Ironheart will have two suits, similar to how Tony had his very first suit to get out of the cave and then created his signature suit to save the day from Obadiah Stane.

The sad part is that Tony’s signature close-up shot of his face inside his helmet is also shown with Ironheart. Marvel’s use of this shot was usually only for Tony and James Rhodey, but now it seems that anyone who builds a suit will get it.

Fans always look at this shot and immediately think of Tony because anyone who wears his suit has a close-up look inside of it, but now Marvel will give this to Ironheart, meaning that a new generation of viewers might believe that this unique shot is actually due to her.

Die-hard fans will remember how this was Tony Stark’s iconic shot, but as the MCU expands and leaves their fallen heroes behind, it’s time to realize that fans won’t think of Iron Man when they see a new suit flying around the world.

While we still have Don Cheadle’s War Machine in the MCU, the actor has admitted that his time in the MCU could be limited as Marvel doesn’t have extensive plans for the actors after the release of Armor Wars. This means that Marvel will probably ensure that Ironheart is known to be Stark’s replacement since Tom Holland’s Spider-Man won’t take up the mantle.

With Black Panther 2 gearing up to be the next MCU release, fans don’t have much time before Ironheart invades Tony Stark’s legacy and chooses whether or not to acknowledge the man who made the MCU possible or to blatantly steal what made Iron Man unique in the MCU. Sure, the comics had made Ironheart one of Stark’s replacements, but the comics love to replace other iconic super heroes because they will eventually return.

In the MCU, death appears to be more permanent, and it should be because while some fans want to see a little more of RDJ as Iron Man, no one expects to see dozens of more projects with Stark as Iron Man because that would tarnish his heroic ending in Avengers: Endgame (2019).