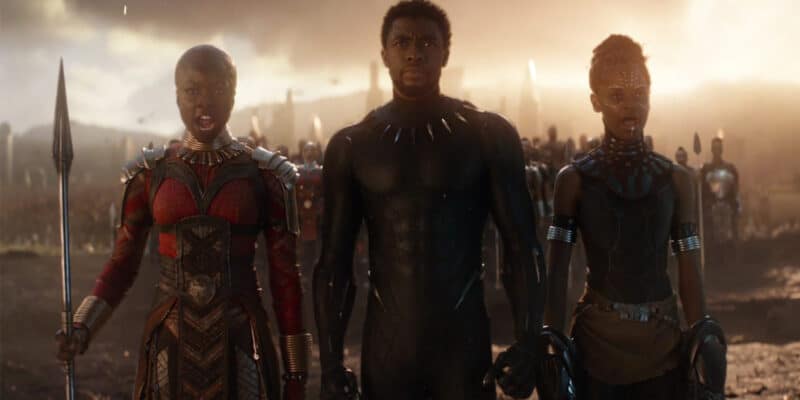 Marvel’s new merchandise might have confirmed a specific character as the new Black Panther.

Merchandise leaks are widespread now for Marvel, as it seems the MCU will always have something spoiled for Marvel fans. While The Mandalorian is willing to hold back on merchandise to ensure most of the series is left as a surprise, the MCU refuses to do anything about it.

In the past year alone, fans have learned about dozens of characters appearing in the MCU based on merchandise spoiling their appearance and giving away significant parts of the movie. Fans are growing tired of LEGO and Funko always advertising these spoilers months ahead of a movie release.

Unfortunately, LEGO continues to have more sets leaked, and a new one proves that Shuri will have the Black Panther suit on for most of the movie, as every LEGO set with the character has her in the Black Panther suit. While she isn’t wearing the helmet, Shuri does have the same purple and gold threads in her suit as seen in the trailer, which confirms that it’s her in the trailer.

Based on the one shot in the trailer, fans knew that the new Black Panther would be a female which left only three options for who could replace T’Challa — Shuri, Nakia, and Okoye. Since Shuri talked to Chadwick Boseman about replacing him, in the comics, she was the next Black Panther and has LEGO sets depicting her as the hero, there’s too much evidence to dismiss that Shuri is going to be the next Black Panther.

These leaks were revealed by a source who shared pictures of the new LEGO set, which included Iron Heart in her first suit and Nakia, who is seen in green attire with her disc weapons:

Leticia Wright’s Black Panther could be short-lived if the actress continues to cause problems for MCU directors and is hard to work with. Some of the production was halted due to her strong opinions against being vaccinated and refusing to follow COVID policies during the Pandemic.

This led to the crew having some tension with the actress, but since the Pandemic policies are a bit looser, it’s possible that she will be easier to work with and won’t have to be replaced in a future Black Panther movie. Fans wonder how Winston Duke’s M’Baku will fit into the story since his role was reportedly expanded in the rewrites to give him a prominent role in the movie.

It’s possible that he served as the temporary Black Panther when T’Challa and Shuri were turned into dust by Thanos, and he was asked to protect Wakanda in their absence. It’s too early to tell what kind of role he has since none of the merchandise has included the character, which might not be a good sign.