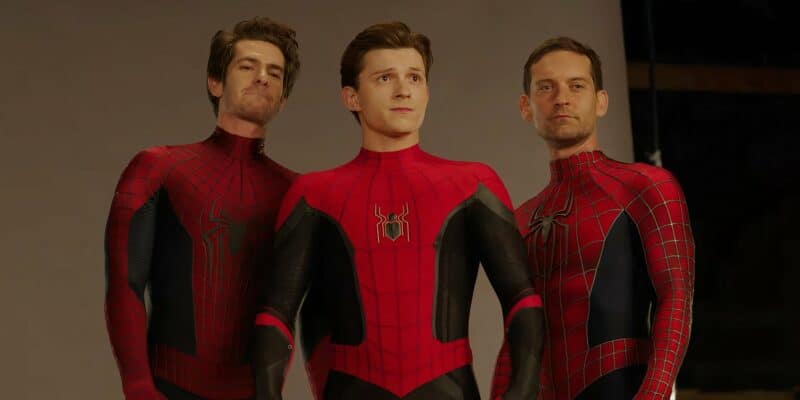 Marvel Studios seemingly hit the narrative jackpot with the Marvel Cinematic Universe’s (MCU) Multiverse Saga, allowing variant versions of its heroes to interact — but it seems like execs’ minds are changing about the viability of Multiverse stories long-term. It’s a “creativity” thing.

It appears that Marvel is not keen on allowing the ever-expanding Multiverse to invade every single project of theirs — for the moment, at least. Marvel execs seem to be realizing some of the drawbacks that naturally come with trying to place multiple projects in the same universe or having to tie elements of one apparently standalone story with another mostly-unrelated project.

Marvel Studios currently has head Kevin Feige desperately holding all the threads of the Marvel Cinematic Universe together, having to act as the (no doubt difficult and tiring) puppeteer for all things Multiverse Saga. Marvel Studios has even notoriously hired an entire “MCU-timeline-fact checker” in order to ensure that everything checks out and interconnects flawlessly.

Recently, VP and Creative Director of Marvel Games, Bill Rosemann, has stated that Marvel’s Games department is not keen on following suit with the MCU’s Multiverse Saga-style storytelling in its universe(s) of Marvel Games. The games included under this umbrella are the ever-popular Spider-Man PlayStation 4 (PS4) games, beginning from the massively successful AAA title, Marvel’s Spider-Man (2018) by Insomniac Games, its downloadable content (DLC) expansion The City That Never Sleeps, spin-off follow-up Marvel’s Spider-Man: Miles Morales (2020) and upcoming sequel Marvel’s Spider-Man 2.

Rosemann had this to say about Marvel’s decision to not follow through with Multiversal storylines across their myriad Marvel Games properties, which span across multiple games studios and developer teams:

The world is, amazingly, very familiar and accepting of the Multiverse. We have all these different realities. Now they’re all real, and we want to give everyone the freedom to tell their story. We don’t want to say ‘you can’t blow up the moon, because this game over here by another studio needs the moon’. We want to give everyone the freedom and the clear lane to tell their story.

Currently, there is also a deal to develop a solo Iron Man game, with Electronic Arts (EA) — who will also develop further Marvel titles. EA Motive’s Iron Man will center around their own iteration of Tony Stark, with a new take on the superhero that will be different from Robert Downey Jr.’s iteration. Insomniac Games (who helm the PlayStation Spider-Man games universe), also secured Wolverine as an intellectual property (IP) for development, with that video game currently in development also for the PlayStation gaming platform.

It’s interesting that the Marvel Games don’t seem all too keen on capitalizing on the Marvel Cinematic Universe’s huge success with the Multiverse being able to bring beloved, initially unrelated characters together for “Avengers-level threat”-style showdowns and crossover events. Instead, they want to focus on allowing the various studios developing for the Marvel brand to have the freedom to tell their own stories, and all at their own pace.

Without the need to tie all these various universes together, the existing Marvel Games properties (and any upcoming titles in the same franchise) may also breathe a sigh of relief.

Currently, other well-known Marvel Games properties include the critically-acclaimed and praised Guardians of the Galaxy title, Marvel’s Guardians of the Galaxy (2021) published by AAA studio Square Enix and developed by Eidos-Montréal, which is set in an alternate Guardians universe apart from the Marvel Cinematic Universe’s Chris Pratt’s Star-Lord-centric team. Also published by Square Enix is the somewhat controversial Marvel’s Avengers (2020) developed by Crystal Dynamics, which followed new versions of well-known characters such as Captain America and Iron Man, and featured newbie superheroes like Ms. Marvel.

Overall, it seems like Marvel is starting to realize the difficulties of having to produce such a tight-knit storyline to successfully pull off a Multiverse Saga the likes of the Marvel Cinematic Universe — hence Marvel Games stepping away from the idea despite many previous reports and fan speculation about Marvel wanting to head in that direction.

What do you think of Marvel stepping back from Multiverse stories? Could this indicate a trend in other future Marvel properties? Share your thoughts in the comments below!

The Marvel Cinematic Universe’s Phase Four wraps things up with Tatiana Maslany as Jennifer Walters/She-Hulk in She-Hulk: Attorney at Law this August 17, 2022, and the upcoming Black Panther: Wakanda Forever, saying farewell to Chadwick Boseman as King T’Challa, slated to release in November 11, 2022 later this year. MCU’s Phase Five kicks off with Ant-Man and The Wasp: Quantumania starring Scott Lang as Ant-Man (Paul Rudd) and Janet van Dyne as the Wasp (Evangeline Lilly) hitting theatres on February 17, 2023. Nick Fury (Samuel L. Jackson)-centric Secret Invasion also releases on Disney+ in Spring that year, before May 5, 2023 brings us the final James Gunn-directed Guardians of the Galaxy Vol. 3 with Peter Quill/Star-Lord (Chris Pratt).