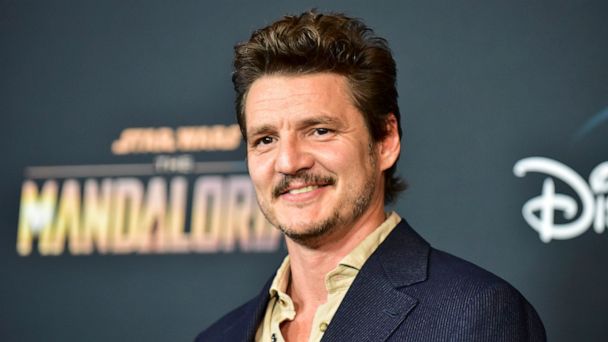 For Star Wars fans, The Mandalorian has changed the landscape of the franchise.

After the divisive sequel trilogy, the return to a Star Wars story that feels like it has George Lucas’s fingerprints all over it was a welcome reprieve for fans.

Pedro Pascal (Game of Thrones, Narcos) had a successful career even before he joined Jon Favreau and Dave Filoni’s The Mandalorian as the show’s leading man. Now, two seasons and a couple of spinoffs — The Book of Boba Fett and upcoming Ahsoka — later, Pascal has been cemented as a household name, especially in the Star Wars fan community.

Over the course of two seasons to date — with Season 3 due to debut in February 2023 — Favreau and Filoni have taken viewers on a brilliant journey across the galaxy far, far away as Djarin and Grogu meet characters new and old — from adventures with Greef Karga (Carl Weathers) and Cara Dune (Gina Carano) on Nevarro to crossing paths with Bo-Katan Krzye (Katee Sackhoff) on Trask to learning Grogu’s tragic backstory from Ahsoka Tano (Rosario Dawson) on Corvus, for the past couple of years, the Star Wars story has arguably felt more authentic than it has since the release of fan-favorite original trilogy film, Star Wars: Episode V – The Empire Strikes Back (1980).

Now, ahead of Season 3’s Disney+ premiere, Pascal is teaming up with a star from another popular universe — Kevin Feige’s Marvel Cinematic Universe. Pascal will be joined by Ethan Hawke in a new short film, Strange Way of Life, an English-language project directed by Academy Award-winning Pedro Almodóvar.

The movie centers around two retired gunslingers — Pascal and Hawke — who haven’t seen one another in two decades.
Hawke joined the MCU earlier this year as villain Arthur Harrow in Moon Knight, alongside Pascal’s real-life best friend Oscar Isaac.
Isaac, in an ironic twist, recently indicated that he might return to the Star Wars universe as sequel trilogy Poe Dameron, despite previously saying he was done with a galaxy far, far away.

As for Strange Way of Life, new set photos recently surfaced, giving fans a glimpse at what they expect in the 30-minute project. One recent report notes:

The film is titled after a traditional Portuguese fado song by late fado icon Amália Rodrigues, which will also be the soundtrack that opens the movie. Referring to Rodrigues’s songs to IndieWire, Almodóvar said: “Those songs are all very sad and that is how these two main characters live.” However, sadness is not present in Almodóvar, Hawke, or Pascal’s expressions as they pose together in a photo taken by Iglesias Más on the set for the film. From the costumes, Hawke’s Jake appears to be the wealthier, more aristocratic of the two while Pascal’s Silva is dressed in a more casual checkered shirt. The costumes are designed by Saint Laurent’s head designer Anthony Vaccarello.

Per the aforementioned article, the film is considered a response, of sorts, to Ang Lee’s Brokeback Mountain (2005), which starred Jake Gyllenhaal and the late Heath Ledger as two cowboys who develop a romantic relationship.
The first look photos can be viewed on Almodovar’s official Twitter page.
Are you excited to see Pedro Pascal and Ethan Hawke team up?