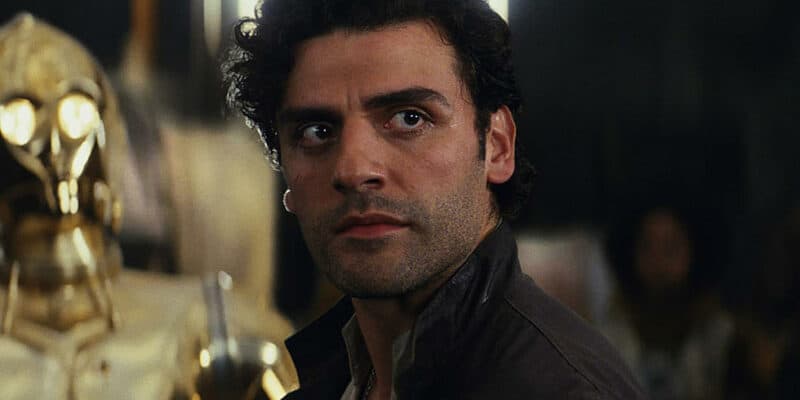 Oscar Isaac admits that he is willing to return to Star Wars after all.

Right after Star Wars: Episode IX — The Rise of Skywalker (2019), Isaac didn’t want anything to do with Star Wars. In interviews, the actor was asked if he would return, and said he wouldn’t unless he needed a large paycheck.

Isaac played Poe Dameron, one of the legendary Resistance pilots working with Leia and Daisy Ridley’s Rey, as Poe was one of the central characters for the Sequel Trilogy. After Episode 9 failed to satisfy fans, Isaac distanced himself from the Star Wars universe and went to work on different projects.

Earlier this year, Isaac joined the MCU as Moon Knight. After starring as the mystical super hero for one season, Isaac might have a bigger role in the MCU once they add in more supernatural characters.

While this is good for Isaac, the actor has changed his stance on returning to Star Wars. Perhaps the actor’s work on Moon Knight led him to reconsider why he originally wouldn’t work with Lucasfilm.

In a recent interview with Jess Cagle, Isaac opened up about what it would take for him to star in another Star Wars project, leaving the door wide open for Poe Dameron to return to the big screen:

Cagle: “And with everything happening with Star Wars, for example… I’m sure there are discussions, whether you’re part of them or not… Do you sometimes think, ’Oh, I’ll probably get to go back to Poe Dameron at some point, or do you think… ‘I’ve done that. I’m not that interested in doing it.’ You know, the option is probably always there.”

Isaac: “Hmm. I don’t know. No, I don’t know. I mean, I’m open to anything, you never know. But yeah, there’s no… I have no real feeling one way or the other, you know? I’m open to any kind of good story, any good thing to do. And time. Time’s the one thing that becomes much more challenging as you get older, with kids and all that. It’s like, where do these things fit in? Start really realizing that there’s not enough time for all of it. But if there was a great story and a great director and Kathy [Kennedy] came to me and was like, ’Hey, we’ve got this idea, you know, I’m so, so open to it.”

Now fans can wonder if Oscar Isaac will return to play Poe Dameron in the future. Still, it will likely be a few more years before Isaac returns to Star Wars because Disney wants to distance themselves from the controversies surrounding the Sequel Trilogy.

Do you think Oscar Isaac will return to Star Wars? Let us know what you think!