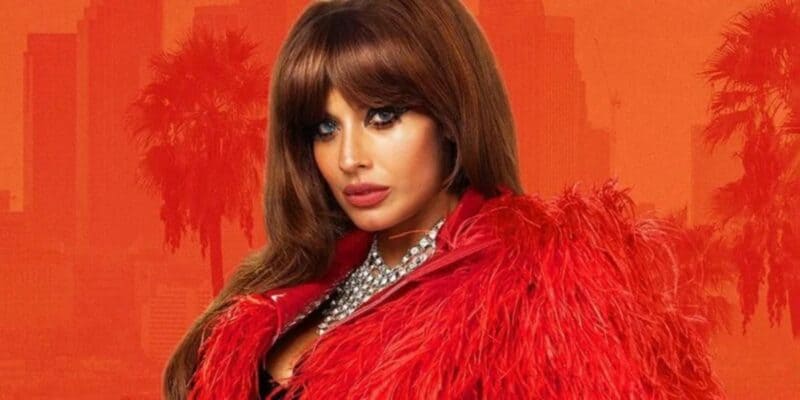 Tatiana Maslany (Orphan Black) leads She-Hulk: Attorney at Law on Disney+. The latest Marvel original series introduces Bruce Banner/Hulk’s (Mark Ruffalo) cousin. The fourth-wall-breaking lawyer, Jen Walters, is starting her heroes’ journey to accept what it means to be a Hulk, an Avenger, a lawyer, and a woman.

She-Hulk: Attorney at Law is the Marvel Cinematic Universe’s first sitcom. It was reviewed bombed before the show even dropped on Disney+, and Marvel fans have been complaining about the CGI in the show since the first trailer.

She-Hulk is a nine-episode series that welcomes a host of returning MCU stars, including Mark Ruffalo as Smart Hulk, Charlie Cox as Matt Murdock/Daredevil, and Benedict Wong as Sorcerer Supreme Wong, and Tim Roth as Emil Blonsky/Abomination. It will also introduce a new female villain to the MCU with Jameela Jamil’s Titania, who debuted in the first episode, “A Normal Amount Rage.”

While Jennifer Walters/She-Hulk quickly dispatched Titania at the end of the first episode, her nemesis will return, so here is everything you need to know about Titania.

What is Titania’s origin?

Mary MacPherran, AKA Titania, first appeared in Marvel Comics in Secret Wars #3 (July 1984) by Jim Shooter and Mike Zeck. She was a part of the original Secret Wars event, which was very different from the 2015 event of the same that will be adapted in the 2025 movie Avengers: Secret Wars. In 1984’s Secret Wars, an alien known as the Beyonder created a planet called Battleworld.

Mary MacPherran lived in a suburb of Denver that became part of Battleworld. At the time, she had lied to her friends, pretending to be the second Spider-Woman, Julia Carpenter. Mary had always dreamed of fame and fortune and becoming a superhero.

On Battleworld, Fantastic Four villain Victor Von Doom/Doctor Doom found her and recruited her to join his army of supervillains. Per Marvel.fandom:

“Doom recreated [her] using highly advanced alien technologies found in the aptly named “Doombase”, which were powered by immense energies from a ferocious alien storm outside. Able to use the technology entirely as he desired, Doom induced high-level metahuman abilities of a specific and particular design. […] MacPherran became far taller, muscular, and more buxom than average. She now had an incredibly high level of superhuman strength and durability, but the change also affected her mentality. Where Mary MacPherran had been small and timid, the newly-named Titania was proud and confident, perhaps to extremes.

Titania’s first fight was against She-Hulk, which began their long rivalry. Titania became obsessed with besting She-Hulk, although most matches would end in her quick defeat, just like the courtroom scene in She-Hulk: Attorney at Law.

What are Titania’s powers?

After Doctor Doom’s mutagenic alteration process, Titania gained various superhuman attributes. Her skills include super strength. Titania can lift 100 tons, which is about the same as She-Hulk. She also possesses super stamina; Titania’s highly advanced musculature generates fewer fatigue toxins than ordinary humans. She can physically exert herself at peak capacity for about 24 hours.

Titania is also super durable, and her body is highly resistant to physical injury. She has no problem deflecting high-caliber bullets, recovering from falls from great heights, and even bouncing back from tremendous impact forces like the punch of her closest gamma-radiated foe. She can withstand temperatures as high as 1,500 degrees Celsius (2732 Fahrenheit) and as low as -120 degrees Celsius (-184 Fahrenheit).

She also was able to wield the Power Stone (called the Power Gem in Marvel Comics). She nearly defeated She-Hulk with it and briefly regretted it, realizing that Jen Walters has been a primary motivator in her life. The two of them now have their own “Fight Club” that they use to relieve stress.

Who is playing Titania in the MCU?

Jameela Jamil is playing Titania in the Marvel Cinematic Universe. Jamil was born on February 25, 1986, in Hampstead, London, to a Pakistani father, Ali Jamil, and a Pakistani-British mother, Shireen Jamil. She studied at Queen’s College, London. She has been very open about many of the health issues that she has overcome, including her struggles with anorexia nervosa. Per Wikipedia:

“She was born with congenital hearing loss and labyrinthitis, which she has had several operations to correct, and that she had 70% hearing ability in her left ear and 50% in her right ear. […] At nine she was diagnosed with hypermobile Ehlers-Danlos syndrome, a genetic disorder affecting the connective tissue in the body, and that she was diagnosed with coeliac disease at age 12. She has also stated she experienced mercury poisoning at age 21, which she attributes to mercury leakage from amalgam teeth fillings, and further exacerbated by the improper removal of them, which she said burned holes in her digestive system.”

She got her start as a presenter on Music Zone on E4 before transitioning to acting. Jameela Jamil is best known for playing Tahani Al-Jamil on NBC’s The Good Place alongside Kristen Bell (Eleanor Shellstrop) and Michael (Ted Danson). And before joining the Marvel Multiverse, she was hosing Legendary, HBO Max’s voguing reality competition.

What role will Titania have in She-Hulk?

The trailers and promotional images show that Titania will be a recurring character in She-Hulk, both as a street-level villain working with Wrecking Crew and possibly in the courtroom with Jen Walters working at the Superhuman division of the law office of Goodman, Lieber, Kurtzburg & Holliway (GLK&H). But for the rest of the series, Marvel fans will just have to wait and see.

Marvel official describes the series as:

Let us know in the comments if you want to know more about Jameela Jamil’s Titania in She-Hulk: Attorney at Law, now streaming on Disney+

Comments Off on Everything You Need to Know About Marvel’s Latest Villain: Titania