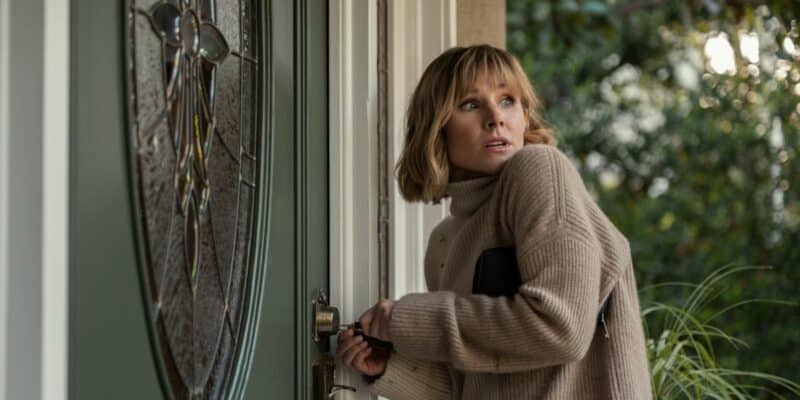 Kristen Bell, known for lending her voice to Anna from Disney’s animated films, Frozen (2013) and Frozen 2 (2019), has just debuted her latest project — a Netflix show called The Woman in the House Across the Street from the Girl in the Window.

Bell‘s new Netflix series hit the streaming service this past weekend and is already considered the number one most watched in the United States. Fans have been binging The Woman in the House Across the Street from the Girl in the Window ever since it first debuted, with many sharing their opinions to social media, most of which are praising the Frozen actress.

If you are not familiar, the new series is described as:

If you have seen the show, you are probably aware of the famous sex scene that many are a bit horrified by. In fact, one viewer Tweeted to Bell explaining he had to awkwardly sit through it with his mom and girlfriend in the same room — to which Bell apologized, but not without letting out a good laugh first.

Now, many Disney fans are coming to Bell’s defense, saying her new Netflix show is amazing and she shouldn’t apologize for anything.

Apologize for what🤨, she’s not an exclusively Disney actress

Apologize for what!? Check the TV rating before you watch anything or just stay a prude. That scene was

Dorothy S., who follows Inside the Magic on Facebook, chimed in:

ITM reader Jennifer D. pointed out the rating of the show, writing:

Rated MA for a reason. She’s a lil firecracker and a diverse actress. I love when people get shocked like this. Don’t watch MA with your mom if you are gonna get embarrassed?

And lastly, Jenna A. simply said:

The Woman in the House Across the Street from the Girl in the Window is streaming now on Netflix.