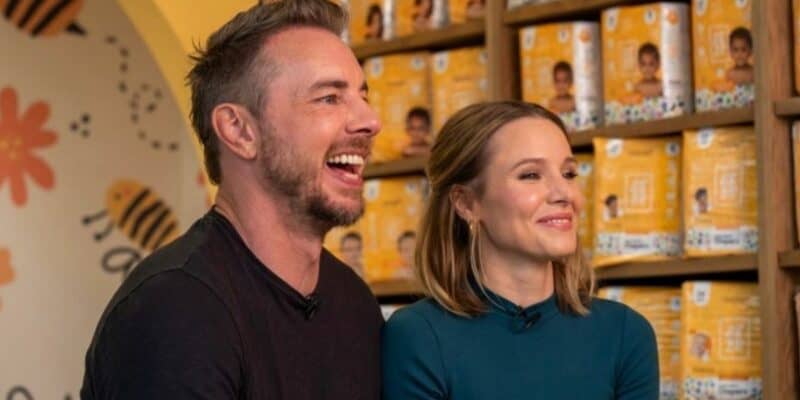 The show just debuted on the streaming service this past weekend and fans have been flooding social media ever since, praising the Frozen actress. The show is full of surprises, even for Bell’s husband, Dax Shepard, who wasn’t allowed to watch the show prior to its debut, according to Bell herself.

Bell‘s new Netflix series The Woman in the House Across the Street from the Girl in the Window just hit the streaming service this weekend and is already considered the number one most watched in the United States. If you are not familiar, the new series is described as:

Fans have been binging The Woman in the House Across the Street from the Girl in the Window as the element of surprise is something that has many hooked. Well, that element of surprise is something that even Bell’s husband, Dax Shepard, had to wait for as Bell told ET she didn’t want Shepard to experience the show with any spoilers — and that he had to wait for it to hit Netflix just like everyone else.

“I didn’t let him see any of this. He didn’t read any of it because I want him to be able to watch it and have all the surprises as an audience member.”

Bell and her husband are often looked at as couple goals, having gone through personal obstacles together and raising a beautiful family. The two have publicly stated they promise to raise their daughters to be anti-racist and have publicly supported the Black Lives Matter movement. However, Bell was in the news recently as a controversial photo shared to the Los Angeles County Sheriff’s Department Lancaster Station‘s Instagram page surfaced.

The Woman in the House Across the Street from the Girl in the Window is streaming now on Netflix, but be warned that many are surprised by one scene in particular — a sex scene that one viewer ended up awkwardly watching with his mom in the same room.