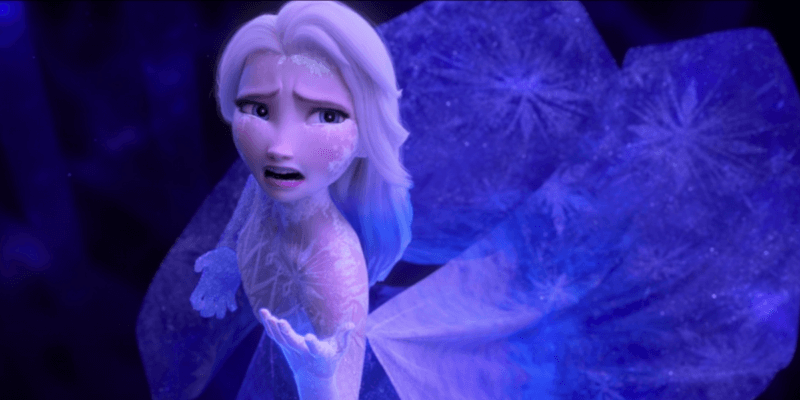 When you’re intimately familiar with this cornerstone of Disney content, you can start to see this thread weaving through the film. What’s more disturbing is that trying to find a hole in this fan theory is much harder than you’d like it to be. And after reading it, you, too, may agree that Elsa is dead, though Disney hasn’t ever confirmed this.

Spoiler Alert! If you have not seen Frozen 2, please go watch it on Disney+ and then return to this article!

We first stumbled across this TikTok video on Facebook, browsing through Disney content, but after viewing it several times, we couldn’t shake the idea that this fan theory could be right!

The Frozen series introduced Queen Iduna’s haunting lullaby with very dark lyrics to the first full song we hear in Frozen 2, “All Is Found”:

“In her waters deep and true, Lie the answers and a path for you

Dive down deep into her sound, But not too far or you’ll be drowned…”

Characters in the film even discuss how dark and scary this lullaby is, and despite the warnings, Princess Anna and Queen Elsa go in search of Ahtohallan (the ancient magical river) and its mysterious call. Through a series of magical elements, water memories, and intense loss, the characters gain insight into the Enchanted Forest and Elsa as she steps into her role as the Fifth Spirit.

But this TikTok video by Dennis Weber (@DeechTheLeech) shows us the truly dark implication of the film’s messaging.

Over halfway through the film, we see Elsa riding the Water Nokk to Ahtohallan’s cave. Elsa essentially sacrifices herself for the spirits as she ignores the lullaby’s warning not to go too deep. Instead, Elsa jumps deeper.

She finds water memories of the past, giving her knowledge of the Enchanted Forest. It’s important to note we can both see and hear these memories, yet as Elsa watches, she begins to freeze from the bottom up.

Meanwhile, Anna notices that Olaf’s magic is leaving making him sublimate before her eyes. He notes to her that Love is the only thing that’s permanent, giving kids a first-hand look at grief and loss during the film.

When Anna does the “next right thing” and continues on her mission, she recounts to the General that “my sister gave her life for the truth,” admitting that she believes Elsa is indeed dead.

As the dam is broken, the Enchanted Forest is returned to its correct state, allowing the five elements join together in the sky. This breaks Elsa’s frozen state, but she falls further into Ahtohallan, drowning in the sound.

After saving Arendelle from the Typhoon, Elsa returns via the Water Nokk to the shore of the Enchanted Forest. Here she meets Anna, but takes the form of water and ice memories…the true fifth spirit (like Gale, Bruni, etc).

When Anna asks… “Is it really you?” She nods slightly but never says yes. Only… “Anna!”

As Anna and Elsa discuss the day’s events,  Elsa smirks with tears in her eyes when Anna Asks if she found the fifth spirit… and Anna remarks, “You are the fifth spirit!” They then relate to two sides of a bridge…(their costumes mirror this ideal) whereas Anna is the living side and Elsa is the spiritual side. But since Elsa is dead, Anna must take the crown in succession.

To cap off the theory, Elsa could now be “trapped” in the forest as a spirit, unable to return to Arendelle or be present at Anna’s Coronation. Gale must relay the communications, and we never actually see Elsa return to Arendelle… only a portion of her journey. If there is a Frozen 3, we’ll hopefully learn more about Elsa and see if this fan theory holds up!

What do you think about the theory that Elsa is dead? Leave us a comment with your thoughts!