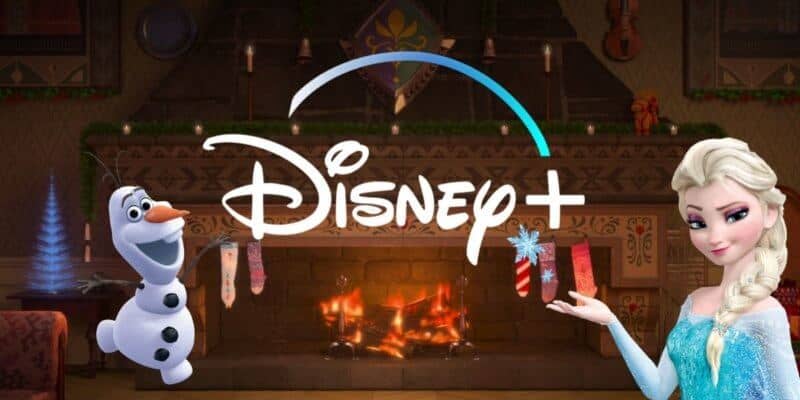 Chestnuts roasting on an open fire, Jack Frost nipping at your nose.

If you’re ready for the holiday season, you’re in luck. Disney+ has announced that they will be debuting a brand new yule log this year themed around the blockbuster animated movie, Frozen 2!

Join Elsa, Anna, Olaf, Kristoff, Sven and others as they set the holiday mood with a beautifully lit yule log. Disney fans can pop on the new Arendelle Castle yule log while wrapping presents, putting up the tree, decorating the house, baking cookies, or while cozied up on the couch sipping hot chocolate with the family. The yule log even has elements from the second movie!

The official description of Anna and Elsa’s second Arendelle Yule Log on Disney+, according to What’s on Disney Plus, reads:

“For your holiday celebrations, set the wintry mood with Anna and Elsa’s Arendelle Castle yule log. The castle is newly decorated this year with elements harkening back to Anna, Elsa, Olaf, Kristoff and Sven’s recent journey to the Enchanted Forest. Happy Holidays from Arendelle!”

This will be the second Frozen-themed yule log. In case you don’t remember, Disney+ debuted the first Arendelle Castle Yule Log video last year, and is over 3 hours long! It is available on Disney+ now.

The best part is you won’t have to wait long before it debuts! At this time, we do not see it listed on Disney+’s website, but What’s on Disney Plus reports that The Arendelle-themed Yule Log will begin streaming on Disney+ on Friday, December 11th.

Related: “Frozen 2” Is Now Officially The Highest-Grossing Animated Movie EVER

If you’re not yet signed up for Disney+, you can get started by clicking here.

Are you excited for when the new (and even more magical) Arendelle yule log debuts on Disney+? Let us know in the comments below.