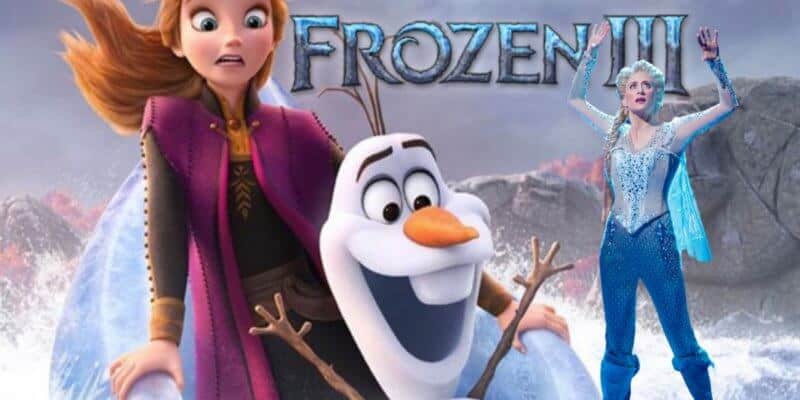 When it comes to watching a good movie on Disney+, any of the animated princess films are a sure bet in my books. One of the most popular animated Disney films is Frozen, a movie with funny characters, action, adventure, and fantastic music. After Frozen was released in 2013, the fandom was instantly brought to life. From parents to kids to everyone in between, the love for Anna, Elsa, Olaf, Kristoff, and Sven became unmatched. Walt Disney Studios had more stories to tell, so they released Frozen 2 in 2019, again, breaking box office records. Now the question is, what will Frozen do next?

When we look at the animated Disney Princesses, there is one strong trend that has been going on, and that is live-action remakes. From Cinderella, to Beauty and the Beast, to Aladdin, to Mulan, and even The Little Mermaid on the way, Disney seems to be on track to bring back almost every animated Disney Pruincess into the live-action franchise. Although they are starting with much older classics than Frozen, and although Elsa and Anna are not officially part of the Disney Princess lineup, the movie’s success and fandom almost guarantee its live-action success. On the other hand, considering how well Frozen 2 was received, including how much character growth was exhibited, Disney could also very well continue to carry out Anna and Elsa’s story in a Frozen 3 movie.

Disney’s live-action trend is more formula at this point. Disney animated classic grows old, revamp it by making it live-action. The live-action idea is brilliant because not only do they not need to worry about creating new IP or story, but also they are able to make a new generation fall in love with the classics, as well as win over older generations by triggering nostalgia. We also can’t forget all of the merchandise that goes along with it releasing a live-action remake of an animated film!

It is, of course, not only Disney Princess movies that Disney turns into live-action remakes, but for the sake of this topic, we will stick to that fairy tale category of Disney’s live-action films. The live-actions often have fairly simple plots since many of the new films such as Beauty and the Beast are almost carbon copies of their animated predecessors. A live-action Frozen would likely do very well if it follows the same story and music we know and love. Although it may lack creativity, it’s likely that most fans will flock to the theatre because it will give them the chance to re-experience the joy of discovering Frozen for the first time (in forever).

At the moment, Disney is creating a live-action Snow Queen film Hans based on the Hans Christian Anderson classic, The Snow Queen. However, this story will not feature Anna or Elsa, even though Frozen was closely derived from this fairy tale. Considering that this telling of the story will be quite different from Frozen, Disney could still make a classic frame-by-frame remake of Frozen as well as the Snow Queen film, as long as they are not released back to back and tell very different stories. But should Disney even be focusing on either of these films?

As we mentioned, Frozen has done incredibly well. The first film grossed over $1.2 billion at the box office, and Frozen 2 only did better with over $1.4 billion at the box office. Perhaps the main drawback of creating a new animated Frozen 3 film instead of a live-action Frozen movie would be that, if Walt Disney Animation Studios were to create a third animated movie in the Frozen franchise, then Robert Lopez and Kristen Anderson-Lopez — the songwriters — would need to create an entirely new soundtrack for the movie. Whereas, in a live-action film, Disney may feature songs from the original Frozen animated film as well as the Broadway show, which is a huge hit and features additional songs.

Following two successful animated movies with a third could be a risky decision, as many fans expect excellence. Disney, however, could also make a prequel to Frozen which would deal with Anna and Elsa’s parents’ storyline that we began to dive into during Frozen 2. A novel has already been released about this, and it would be interesting to see that story make it into a film. If Disney wanted to make sure Anna, Elsa, Olaf, and Kristoff were all still involved, perhaps a storyline that kept bouncing from the past to the present would work well here.

If box office trends follow what we have seen for the animated franchise, making a Frozen 3 would be highly lucrative for Walt Disney Animation Studios. Plus, Frozen has done better than any Disney Princess live-action film at the box-office to date (even though, as mentioned previously, Anna and Elsa aren’t official Disney Princesses).

What was your vote?

As we mentioned, we asked you what you think Disney should focus on, and now we have your answer:

It seems an overwhelming amount of Inside the Magic readers chose for Disney to focus on Frozen 3 as opposed to a live-action (which I personally agree with as well!). There is clearly so much more story to tell (and we’d love to see Anna and Kristoff’s wedding!), so it only makes sense for Disney to give us Frozen 3.

For now, Disney has not announced a Frozen 3 film, but stay tuned to Inside the Magic for any upcoming news regarding everywhere Frozen.

Would you rather Disney make a Frozen 3 or a live-action Frozen film? Let us know in the comments!