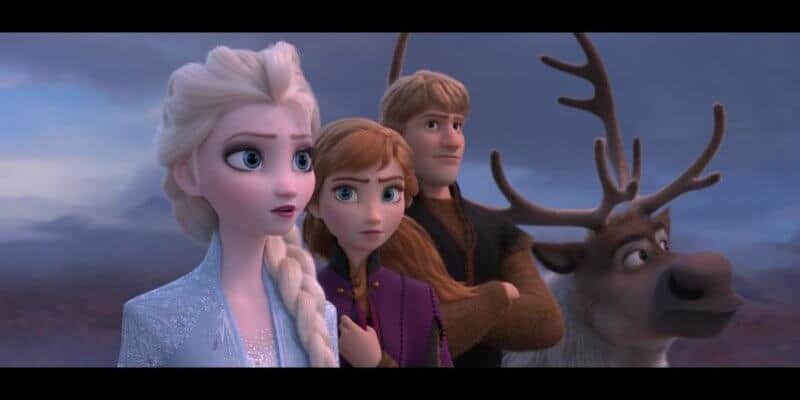 If you’re as enthusiastic about Frozen 2 as we are, you’ve probably been anticipating the movie’s release ever since a Frozen sequel was first announced. And after we had the chance to see the film for ourselves, we can confidently say that Frozen 2 lives up to all of the hype and exceeded our expectations.

Keep in mind that even though we want to share our Frozen 2 review, we also want fans to be able to watch the movie without spoilers. So if you’re curious about the movie before you see it, feel free to keep reading. But if you’re worried about spoilers, don’t be — we’re keeping our Frozen 2 review as spoiler-free as possible so that everyone can enjoy the story without knowing important details.

First off, we’ve got to talk about the music. The first Frozen film had the most iconic songs: kids who could hardly read knew all the words to “Let It Go,” we all fell in love with “In Summer,” and none of us could get “For The First Time In Forever” out of our heads for years. So as soon as we heard the first song in Frozen 2, we knew this film would provide us with some of our favorite music of 2019.

The music of Frozen 2 is arguably better than that of the first film — if that’s even possible. Olaf’s song is truthful yet funny, Kristoff’s song is the most hilarious one in any Disney film, Elsa gets two anthems that we absolutely love, Anna’s solo is raw and emotional, and we’ve been humming the song that all four characters sing together, “Some Things Never Change,” ever since we first heard it. So it’s safe to say that when it comes to music, Frozen 2 has enough soon-to-be smash hits to keep you singing well into 2020.

Of course, an amazing soundtrack and score are requirements for every great Disney movie. But it’s the returning characters that make this movie one that everyone can relate to. In the first Frozen film, we were introduced to four characters who each displayed qualities that everyone could relate to: the strong and fiercely independent yet tortured soul Elsa, the loving and courageous fairy-tale Anna, the adorable and youthful Olaf, and the friendly and caring Kristoff. But Frozen 2 is set three years after the first film, and these characters have changed and grown so much.

We can already tell at the start of Frozen 2 that a lot has changed for our four main characters since the first movie. And from the beginning of Frozen 2 all the way to the last scene, each character develops so much in less than two hours.  Frozen 2 does an excellent job of reminding us why we fell in love with the characters of the first film and then teaches us that change can be scary, but so much positive personal growth can come from it, a theme that is constant throughout the entire sequel.

Frozen 2 is full of surprises. It answers the questions we’ve been wondering ever since we saw the first movie: How did Elsa get her powers? Where were Elsa and Anna’s parents going when they were shipwrecked? And was everything in Elsa and Anna’s lives truly resolved by the end of the first film?

But the movie also presents us with answers to questions we never realized we needed. We learn in Frozen 2 that growing older brings personal growth and maturity, and that isn’t always a bad thing. We learn that sometimes, we don’t need magical powers to make a true difference in the world, that the past isn’t always what it seems, and that sometimes we need to look deep within ourselves to find the strength to do the next right thing.

Frozen 2 has more comedy, love, adventure, and inspiration than any other Disney sequel we’ve ever seen. And it might even be better than the first film. We only wish it was a bit longer so it didn’t have to end…but maybe Walt Disney Animation Studios can make it up to us with a third movie.

Are you excited to watch Frozen 2 once it hits theaters on November 22? Let us know in the comments!

Comments Off on Spoiler-free review of “Frozen 2,” Disney’s best movie of the year