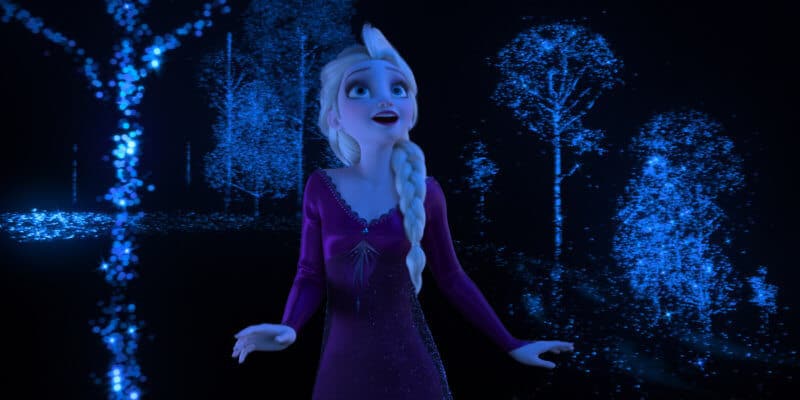 Disney fans simply cannot wait for Queen Elsa and Princess Anna to return in the highly anticipated film Frozen 2, which is set to hit US theatres later this month.

But the media didn’t have to wait as Frozen 2 officially has its first screenings held for media last night and Disney fans everywhere are loving the reactions to the film. Let’s take a look.

ARE YOU KIDDING ME?! FROZEN 2 IS ACTUALLY THE PERFECT SEQUEL! The magic, the depth, the healing from the TRAUMA! I couldn’t name a better Disney Sequel. You shouldn’t walk to see #Frozen2, YOU SHOULD RUN! Bravo, Disney. Thanks for making me UGLY cry in theaters. ?✨?❄️? pic.twitter.com/AyOxSv5qDH

I’m SOOO emo! #Frozen2 was PERFECT!!! I LITERALLY went thru every emotion possible in this film!!! Oh man! I’m going to be seeing this movie so many times!!!! @DisneyFrozen ?❄️?❄️?❄️? pic.twitter.com/odi2LX6dp8

From the looks of it, this highly anticipated sequel is everything we have been waiting for. (And some are even saying it’s better than the original film, Frozen!)

Also, #Frozen2 really makes me want to call my sisters 2,000 miles away right this minute just to tell them how much I love them and how proud I am of them, how proud I am to be their big sister.

Not only did Twitter user, @AlishaGrauso, say the film made her cry at least three times, she also tweeted out that the sequel made her want to call her sisters, who live pretty far away from her, just to let her know how much she loves them. From the looks of it, this film is going to be bigger and better than we ever expected!

Loved #Frozen2. It’s a darker, more complex and more emotionally mature story, continuing everything you love about the first movie and upping the ante while maintaining the intimacy of the original. Gorgeous animation, wonderful new characters and (FINALLY) a Kristoff song! ❄️ pic.twitter.com/ZB7Dyul6Ia

And without any major spoilers, it looks like we are finally getting a Kristoff song! I mean, who doesn’t love Jonathon Groff’s voice?

Overall, from the looks of it, Frozen fans can expect a more complex, dark storyline which is a continuation from the original story we know and love. (And you may want to bring a box of tissues to the theatres.)

Frozen 2 will follow the story of Queen Elsa, Princess Anna, and the rest of the Frozen gang on a brand new remarkable journey as they embark into an ancient land and magical forest so they can find out where Elsa’s magical powers originated from. We already know that the original Frozen voice cast will return in the sequel including Idina Menzel (Elsa), Kristen Bell (Anna), Josh Gad (Olaf), Jonathan Groff (Kristoff). Frozen fans can also look forward to some new to the cast as Evan Rachel Wood (Queen Iduna) and Sterling K. Brown (Lieutenant Mattias) join.

Frozen 2 ticket sales are already breaking records when the advanced tickets became available on November 4. Now, Disney holds the top three spots for the best initial day of ticket sales for animated films on both ticketing sites. (Toy Story 4 and Incredibles 2 are in second and third place on both platforms.)

Frozen 2 hits US theatres on November 22.

Do you have your tickets for Frozen 2 yet? Are you even more excited to see the film after reading the reactions? Let us know in the comments.