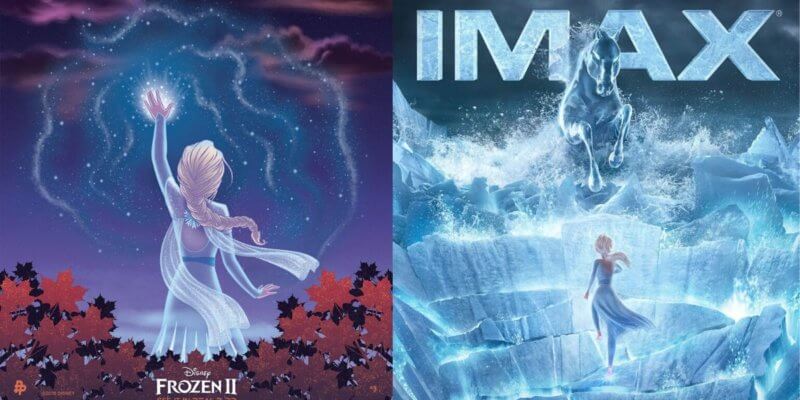 We are getting closer to the debut of the highly anticipated Frozen 2 film and the excitement just keeps on coming!

With only a few more weeks to go, Walt Disney Animation Studios has just released brand new Frozen 2 posters on Facebook from RealD, IMAX, and Dolby Cinema, which is getting Disney fans everywhere ready to watch our favorite Frozen friends return to the big screen.

Check out Queen Elsa showing off her magical powers in the brand new RealD Frozen 2 movie poster. If this doesn’t get you ready for the upcoming sequel, then I don’t know what will!

The IMAX Frozen 2 poster is personally my favorite. Queen Elsa looks as if she is getting ready for a battle, in which she may have created with her magical powers considering she is running on glaciers and the horse looks as if he is made of all ice.

The movie poster really shows how great this film will be in IMAX.

This Dolby Cinema movie poster is different than the other two because it showcases all of our favorite Frozen characters. We see Queen Elsa, Princess Anna, Kristoff, Sven, and of course, Olaf, all as they embark on, what we can expect to be, a remarkable journey.

These brand new Frozen 2 character posters are really getting me excited to see the movie when it debuts in theatres later this month. Idina Menzel, Kristen Bell, Josh Gad, and Jonathan Groff will all return to voice their recognizable Frozen characters, but Disney fans are looking forward to seeing some new characters as well.

Evan Rachel Wood will voice Elsa and Anna’s mother, and Sterling K. Brown will voice Lieutenant Mattias, who Elsa and Anna will run into on their journey in the enchanted forest.

Are you excited to see Frozen 2 later this month? Let us know in the comments.