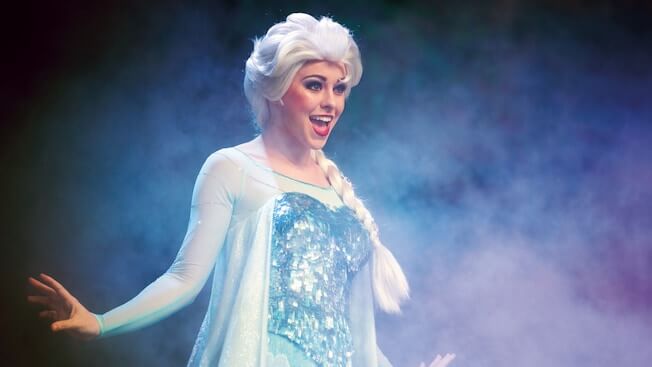 Winter magic and animated history come together with tales of Anna, Elsa, and Arendelle during For the First Time in Forever: A “Frozen” Sing-Along Celebration. Initially appearing at Disney’s Hollywood Studios in 2014, the Frozen phenomenon swept into Disney parks around the world.

“Relive the magic and wonder of Disney’s animated hit Frozen when 2 royal historians recount the windswept story of Anna, Elsa and the icy kingdom of Arendelle. Watch classic moments from the beloved movie play out on a large screen and sing along to some of the movie’s most popular songs, including “Let It Go.” On-screen lyrics—and appearances by Anna, Elsa and Kristoff—make it easy to join in the fun, and special surprises along the way only add to the enjoyment of this approximately 30-minute show.” – Disney.com 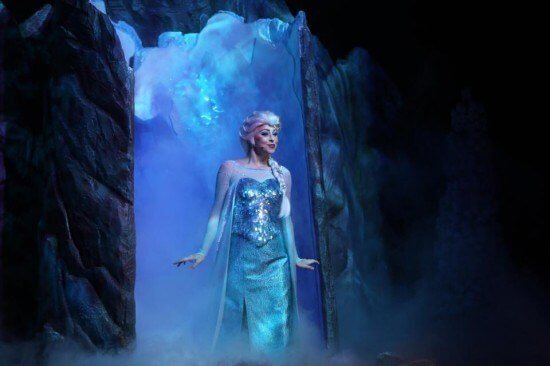 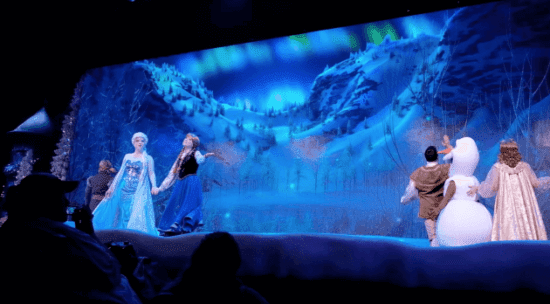 Winter around the Worlds

During the summer of 2014, Disney’s Hollywood Studios enjoyed the arrival of cool “Frozen Summer Fun.” Part of the playful fun included a “Frozen” themed musical show: “For the First Time in Forever: A Frozen Sing-Along Celebration.” Initially, the Arendelle adventure performed at the Premiere Theater (Streets of America). The “Frozen” sing-along show replaced the American Idol Experience the following summer. Thus, festivities were eventually moved to its current location at Hyperion Theater (across from Echo Lake). 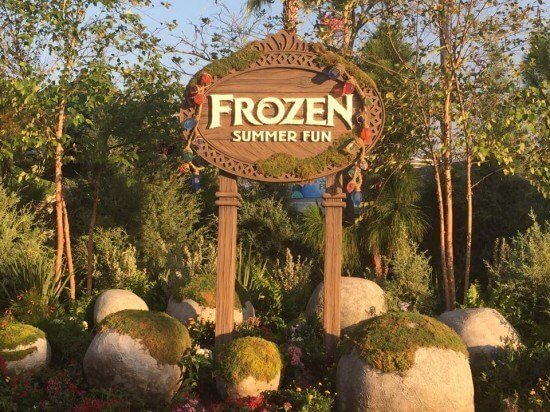 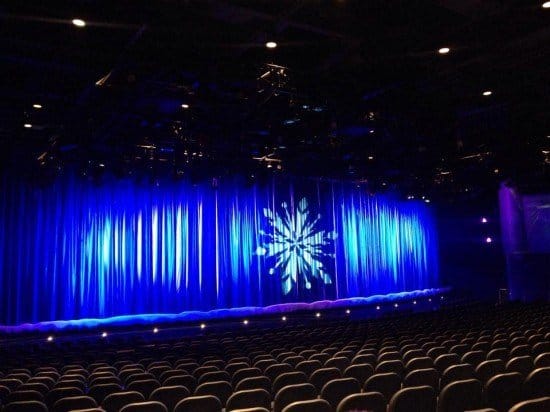 Seasonal holiday magic manifests for Christmastime during shows at Disney’s Hollywood Studios. Tapping tunes from his own animated special, Olaf adds all-new songs to the magical mix during winter. In addition to adding his voice to the sing-along, Olaf greets guests around the corner at Celebrity Spotlight. 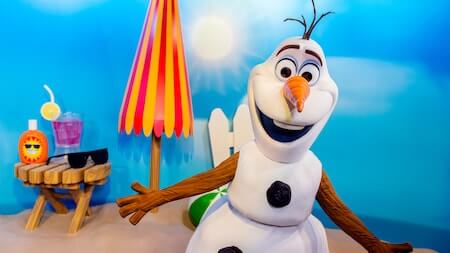 “This holiday season, give a warm welcome to Olaf as he gets in on the fun! For a limited time, the friendly snowman will join Anna, Elsa and Kristoff in this sing-along celebration at the Hyperion Theater—bringing all-new songs from Disney’s animated short “Olaf’s Frozen Adventure” – Disney.com 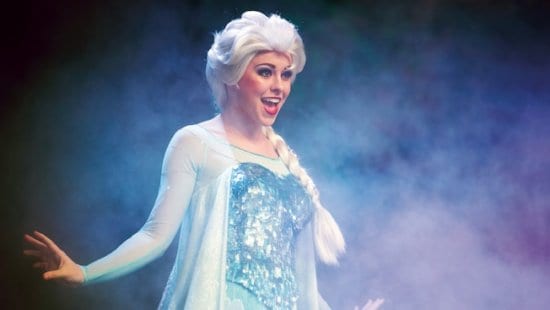 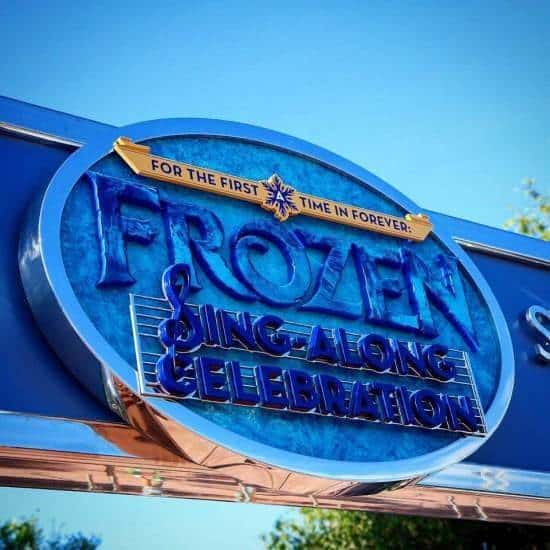