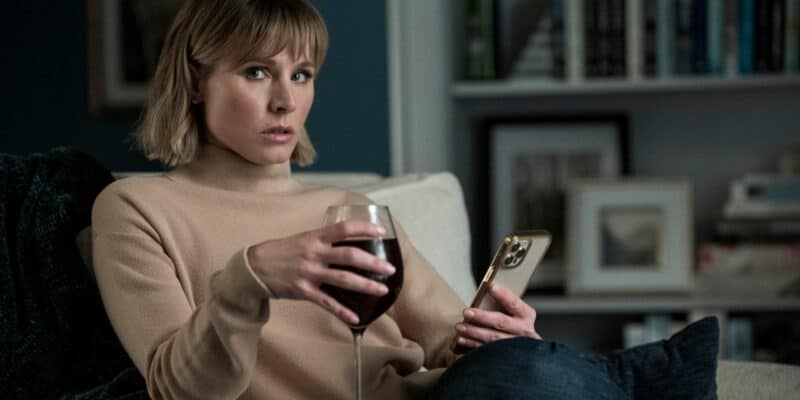 Kristen Bell, known for lending her voice to Anna from Disney’s animated films, Frozen (2013) and Frozen 2 (2019), is now apologizing to fans after her new Netflix show debuted as it had a very unexpected sex scene.

Bell‘s new Netflix series The Woman in the House Across the Street from the Girl in the Window just hit the streaming service this weekend and is already considered the number one most watched in the United States. If you are not familiar, the new series is described as:

Fans have been binging The Woman in the House Across the Street from the Girl in the Window ever since it first debuted, with many sharing their opinions to social media. While most are praising the actress and the new Netflix series, some are a bit horrified with one of the scenes.

If you’ve watched the show, you probably can guess the scene in reference is the graphic sex scene. In fact, one viewer Tweeted that they had to watch the scene with their mom and girlfriend in the same room:

Kristen Bell herself saw the Tweet and chimed in herself, apologizing for the awkwardness — but not before laughing about the situation first. She wrote:

The Woman in the House Across the Street from the Girl in the Window is streaming now on Netflix, but let this be your warning — be careful who you watch this series with. Don’t be like Eric or else you’ll get stuck watching an awkward sex scene with your mom in the room.