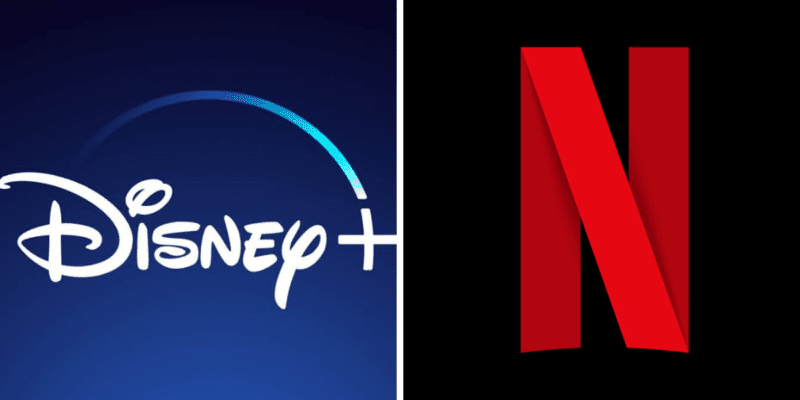 There is little question about whether or not Disney+ is close to the top of its game. The streaming giant is releasing a ton of new content that audiences love — including the new Marvel series WandaVision, The Falcon and the Winter Soldier, and Loki. In addition to its hit shows, Disney+ has also launched several successful films — some through Premier Access and others at no additional charge — from the live-action remake Mulan to Raya and the Last Dragon and Luca.

With all of the success that Disney+ is having, it begs the question — is Disney+ poised to take over the number one streaming spot from the current streaming service king, Netflix?

Netflix currently has almost 210 million global subscribers. That is just over double the Disney+ number of approximately 103 million subscribers. However, Netflix has amassed that massive subscriber base over 24 years, while Disney+ has gained its large number in less than two. That huge following in such a short time could mean that Disney will overtake Netflix in subscriber numbers in just a couple more years.

In a report by The Hollywood Reporter, Netflix co-CEO Reed Hastings admitted that the company has been struggling recently.

Netflix has had a rough 2021 so far in terms of subscriber growth. In Q1 it added only 4 million subscribers, below the 6 million it had forecast (it added 15.8 million in the same quarter a year earlier).

“We had those 10 years that were smooth as silk, and we are just a little bit wobbly right now,” co-CEO Reed Hastings said on the company’s earnings call.

In part, Netflix blames its slower growth on the COVID-19 pandemic, which put a lot of its original content production on pause. The company is now trying to play catch up to release its shows to audiences.

In a letter sent to its shareholders, shared in part by The New York Times, Netflix explained how COVID has impacted the company.

In a letter to shareholders, Netflix said that “Covid-related production delays in 2020 have led to a lighter first-half-of-2021 slate.” Netflix relies on creating as many different shows and films for as many different audiences as possible, and the pandemic upset that formula, forcing the shutdown of productions around the world.

Disney has also experienced huge COVID setbacks but has tried to use its streaming service to make up for some of that. Since Disney could not release its tentpole films like Mulan in theaters, they created Disney+ Premier Access — a paid-for service that will give users access to a new film for an additional fee (currently $29.99). So far, Disney has used Premier Access for not only Mulan, but also Raya and the Last Dragon, Cruella, and Black Widow.

Cruella and Black Widow were also released in theaters, but Disney decided to also offer Premier Access for those who did not feel comfortable going to the theater or who were unable to if the theaters in their area were not open.

Disney was also able to increase its offerings to subscribers since it had acquired FOX in early 2019 and was able to put popular shows like The Simpsons on its platform. Disney+ is also cheaper than Netflix, with its base offering at $7.99 per month, compared to $8.99 per month.

Which streaming service do you think is best, Netflix or Disney+? Let us know in the comments!

Comments Off on Will Disney+ Overtake Netflix?