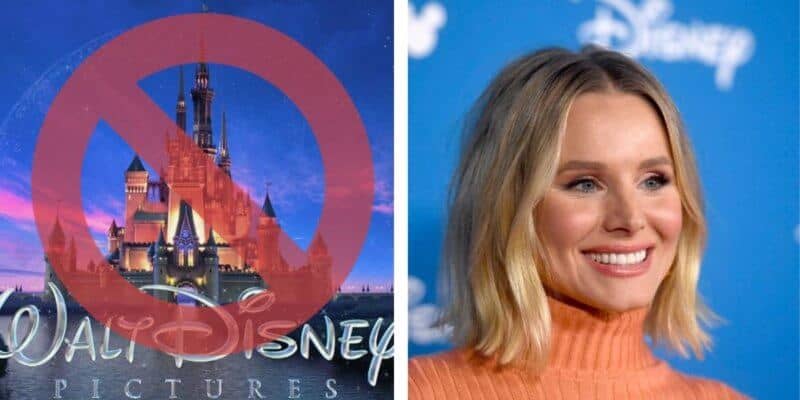 Frozen 2, hits theatres on November 22 so Kristen Bell, Idina Menzel, and the rest of the Frozen cast have been busy attending late night TV, day time talk shows, and radio stations to give the full scoop on what to expect with the upcoming highly anticipated sequel.

But it hasn’t been all fun and games for Kristen Bell as she recently made a confession.

Bell wanted to be a “cool mom” so she let her kids in on a little secret.. or should I say a few. Yes, that’s right. Kristen Bell, the voice of Frozen favorite Princess Anna, leaked some Frozen 2 spoilers to her kids, but then she soon realized by doing so, she was in breech of her contract with Disney.

“I told my kids everything,” Bell admitted. “I was in the mood to be a cool mom.” But it didn’t take long before Kristen Bell realized that Disney could sue her for telling her children these spoilers.

“I came home and I was like, ‘Okay, here’s what happens.’ After I read the script I told them everything, and they were excited. And then it occurred to me that I was in breach of my contract.” Needless to say, Bell had to make some “serious threats” to keep them quiet, or else she would be in big trouble.

Kristen Bell revealed her method to ensure her kids never share spoilers at school. “I tell them all the time. I tell them two things. I say, number one, all your teeth are gonna fall out. Which is the best thing you can say to a kid.”

“And I’m thankful now that it’s out, that I can no longer get sued by Disney. I said to [my kids], ‘It’s very important that you don’t tell anyone at school.'”

Idina Menzel vs Her Family

During the interview, Idina Menzel also revealed that she sings the beloved Frozen songs even at home, but she constantly gets mocked by her 10 year old son and her husband when she does.

“I sing them, and then they mock me back. My 10 year old son and my husband. Like I’ll be practicing it in the shower because I know I’ll have to go in the next day to sing them and I’ll be doing my vocalizing and then I’ll be going into the end, trying to figure out how I’m going to place it.. What I’m going to do and then I come downstairs and they’re like laughing and they’re like mocking me,” Menzel said jokingly.

You can watch the full interview in the clip below.

I can’t wait to see Idina Menzel reprise her role as Queen Elsa as she finds out the roots of her magical powers in Frozen 2. I am also excited to see Kristen Bell return to the big screen as Princess Anna as she goes on this remarkable journey with her sister, Elsa.

Frozen 2 hits theatres in the U.S. on November 22.

Are you excited to see the highly anticipated upcoming sequel in theatres? Let us know in the comments.