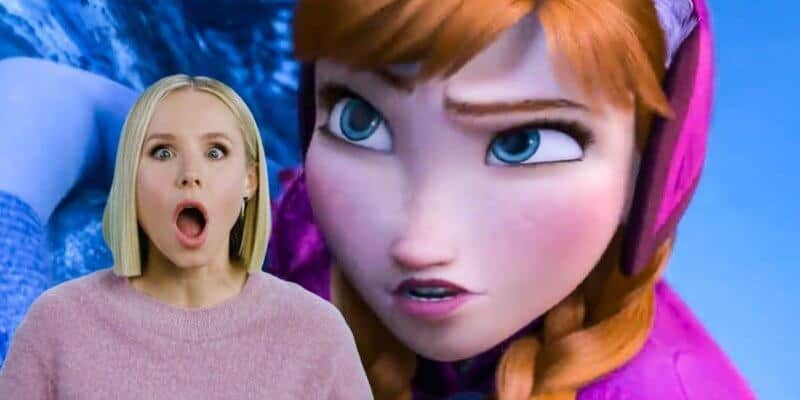 In recent pandemic news, the Delta variant has become even more prevalent and relentless, and Frozen star Kristen Bell thinks it’s a “bummer” — but not for the reason you may think.

Kristen Bell is a fantastic actress that is very easily recognizable. Bell has starred in many films; however, many know her for playing Anna in Frozen. Bell voices the charismatic and clumsy queen and has sung songs that have become instant Disney staples and classics for many.

Bell also has a family of her own; she is married to fellow actor Dax Sheppard and has two children, her son Lincoln and daughter Delta. Recently, during a podcast, Kristen was asked how she feels about how her daughter’s name now has a connection to the pandemic and COVID-19 virus, and she is not happy about it.

“It’s a big, big bummer,” Bell said. “But I’m really hoping that the Delta variant won’t be as strong as the original COVID and people will still say corona. I mean, it’s a bummer for Corona, the beer company.”

Kristen discussed how Delta gets so excited to see her name on things such as Delta Air Lines. However, this is the first negative association to the name. Luckily, little Delta is only six years old, so she has not really put together the pieces that her name is now linked to sickness. Bell also noted that this now imperfect situation could be good for Delta, who she acknowledged is very privileged and will live an easy life. It seems Kristen is ok with Delta have some challenges to help humble her.

Both of Kristen’s kids love the Frozen franchise; however, their mom is not the shining star in their eyes. It seems Kristoff and Sven are the best characters, according to Lincoln and Delta! Queen Anna may have a lot of charm for the rest of us viewers, but when it comes to the actress’s kids, that charm seems to be caged in ice!

What do you think about Kristen’s reaction to her daughter’s name being associated with COVID-19?