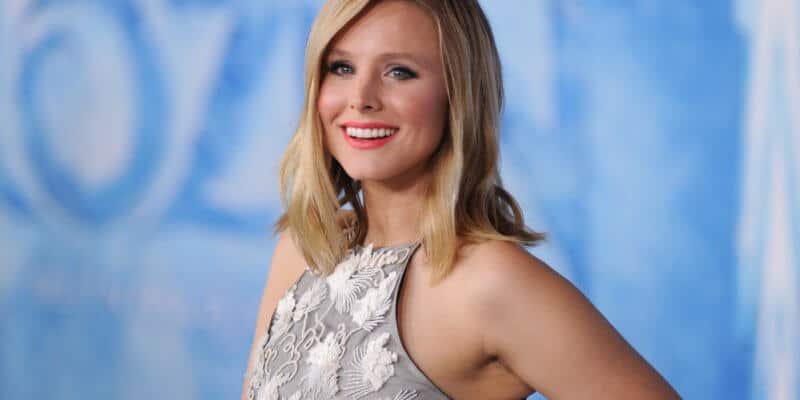 When approached with the script for Frozen 2, Kristen Bell knew she had some big shoes to fill as its original film, Frozen, broke the box office and set records with an outstanding gross of $1.27 billion globally.

But Bell is an optimist and knew her and the cast could pull this off.

In a recent interview with NPR’s Weekend Edition, Bell said “In my mind, if you make a recipe and the cake comes out great, you make it again the next day with the same ingredients. Why on earth wouldn’t it be great?”

And it’s no surprise that Frozen 2 is doing just that and is blowing away its competition. In fact, Frozen 2 has earned $919.7 million worldwide already and the numbers continue to grow.

So why is Frozen 2 so popular? Kristen Bell feels that the key ingredient to that magical recipe is due to the realness and relatable characters in the sequel. The two main characters of the film, Elsa and Anna, are sisters and just like children around the world, the duo “exhibits vulnerability and power at the same time.”

“There’s something inside all of us that feels so vulnerable and powerful … especially in kids,” Bell said. “They feel so vulnerable because they’re often the smallest person in the room. They’re slower than everyone else. They don’t know everything. And yet they have a spirit of growth and they feel their own power.”

And it’s no secret that Bell, who voices Anna in the films, plays a very important role in helping to “expand the world of Frozen.” In fact, Bell actually worked together with the screenwriter and director, Jennifer Lee, in order to allow Anna to grow in the sequel.

“I’m ferociously co-dependent, and it’s taken me a long time to learn what to do when I’m alone,” Bell said. “I really would like to see Anna face her codependency head-on.”

When thinking about the soundtrack, Bell admitted, “I said, I really want a song about what she’s going to do when she doesn’t know what to do. And then that turned into something much more profound for our songwriters.”

The Next Right Thing is Anna’s ballad in Frozen 2, which Anna has to figure out the unknown. But it isn’t just any old ballad — It is a dark, mournful ballad that is an encapsulation of pain and a tribute to some of the production staff’s strengths.

What Bell is referring to is the loss of some family members of the staff including co-director Chris Buck, who lost a son the week that Frozen debuted in theaters in 2013 and, Andrew Page, who actually had a lead role in the music for both films, lost a daughter.

“‘Hello darkness, I’m ready to succumb’ are some of the song’s darkest, existential lyrics bred from the idea of codependency”, Bell said.

“When you really don’t know what to do — what do you do? How do you do it? You just put one foot in front of the other. You just do the next right thing,” Bell continued.

Kristen Bell also revealed in 2016 that she has some struggles of her own, including the fight with anxiety and depression. And ever since she opened up a few years ago, Bell felt she had a responsibility to continue bringing awareness by continuing to speak up.

But that doesn’t mean it has come easy for her.

“I just thought, ‘Wow, we’re all monkeys.’ We look to each other for guidance and example. Why don’t I talk about this? It’s the right thing to do, because if any little girls are looking to me saying, ‘How is she happy all the time?’ They need to know that might not be the truth… Still every time I talk about it, I feel this little tiny feeling bubble inside my belly, that’s like, ‘Don’t talk about that stuff,’ ” she said. “It’s in my bones, because we as a society want to put our best foot forward. I just I don’t believe in that. I just think I’ve become a person that’s a firm believer in ‘whatever foot goes forward.”

Did you see Frozen 2 yet? How do you feel about the film and the soundtrack? Let us know in the comments.