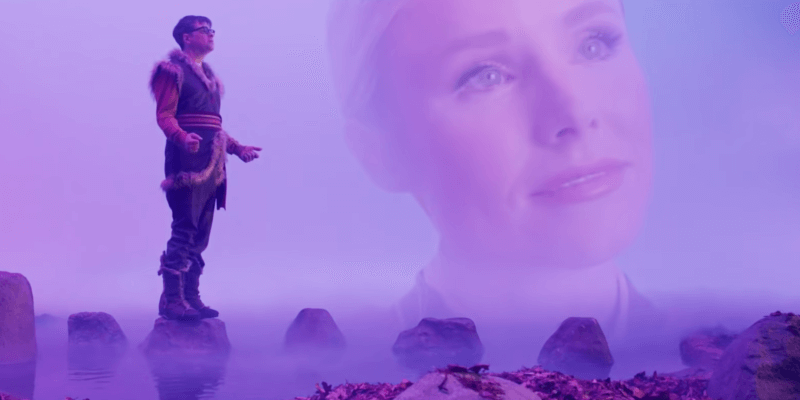 If you loved Kristoff’s ballad in Frozen 2 then you are going to absolutely fall for the recreation of the song, done by Weezer and a special guest.

In case you have been living under a rock these past few weeks, Kristoff channels the 80s for his solo song, Lost in the Woods, in Disney’s animated sequel, Frozen 2.

Kristoff’s musical number is definitely a “true-blue ’80s ballad” and is much different from the rest of the soundtrack, which has more of a musical-theater feel. And during an interview with Vanity Fair, Jonathan Groff, the voice of Kristoff, revealed that no one was more surprised about this change than, well, himself.

“In the moment they handed me the song, I couldn’t believe that they were going to go there,” Groff said. “I found it personally—and even when I still watch the movie—to be truly shocking when it starts. Like, Oh wow, we’re doing this. Okay, here we go.”

Lost in the Woods gets an amazing cover by Weezer, which plays during the film’s closing credits. But there was something that seemed to be missing from Weezer’s version — Until now.

Weezer took matters into their own hands and decided to create a music video to go along with their cover of Lost in the Woods. And what makes this music video even better is the fact that it features a special guest.

The one and only, Kristen Bell, who voices Kristoff’s love interest, Anna, in the sequel.

The music video closely resembles the movie version of the Lost in the Woods scene, but with some fun incorporations and very entertaining elements.

You can watch the full recreation of Lost in the Woods, below:

What do you think of Weezer’s music video to Lost in the Woods? Let us know in the comments.