Tonight Weezer rocked Universal Orlando, playing for a crowd packing Universal Studios Florida’s Music Plaza Stage. As the Rip Ride Rockit roller coaster flashed its lights overhead, the popular band performed for an hour and 15 minutes, including a mix of their most popular songs.

It’s a rare occasion for a theme park concert series to feature such a contemporary, still relevant rock act like Weezer. Though they’ve been together for more than 20 years since forming in 1992, they’re still cranking out new music today and the all-ages crowd loved their performance.

“Undone,” “Beverly Hills,” “Pork and Beans,” and “Say It Ain’t So” were all part of their set list, mixed in with a few lesser hits along with a new tune called “Back to the Shack.” The band noted they’re currently working on recording a new album in the studio and that it was nice to take a break to play live. They even threw in a few cover songs, including Blur’s “Song 2.” During “Island in the Sun,” colorful beach balls bounced through the crowd. The concert ended with “Buddy Holly” and a 4-man drum solo. 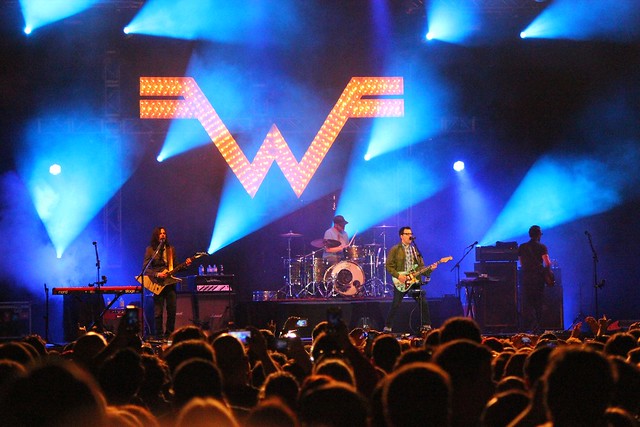 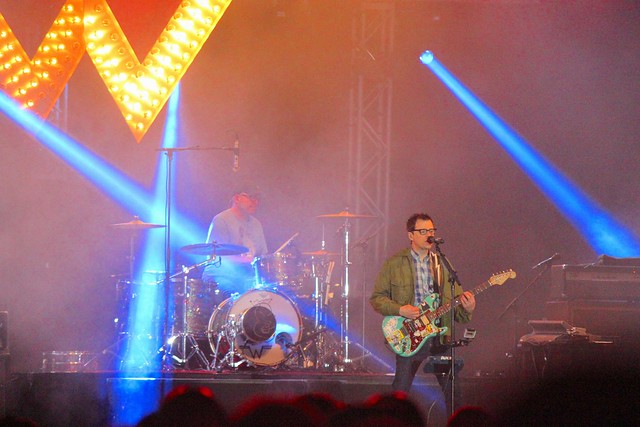 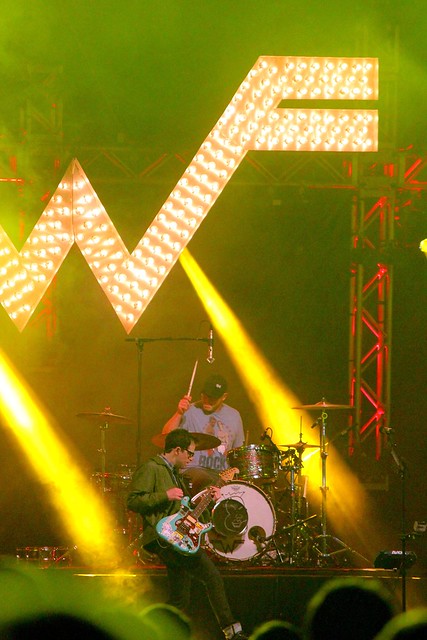 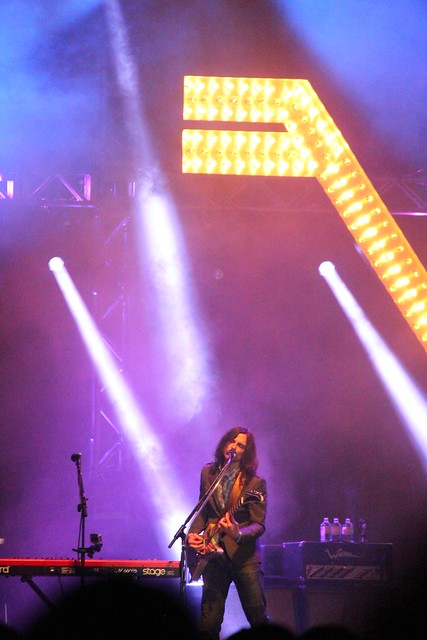 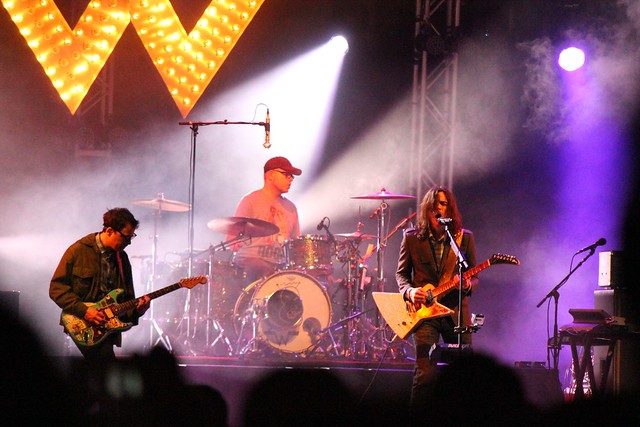 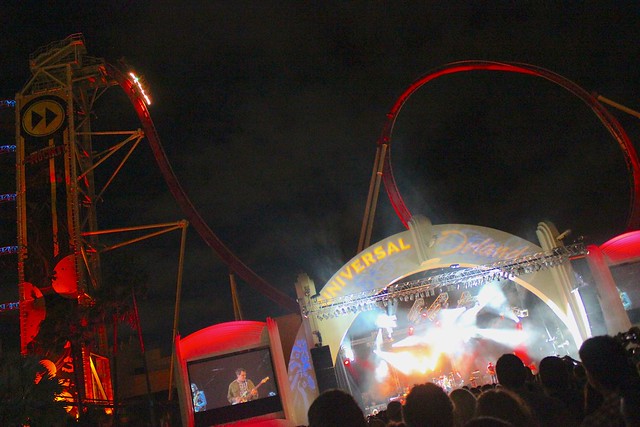 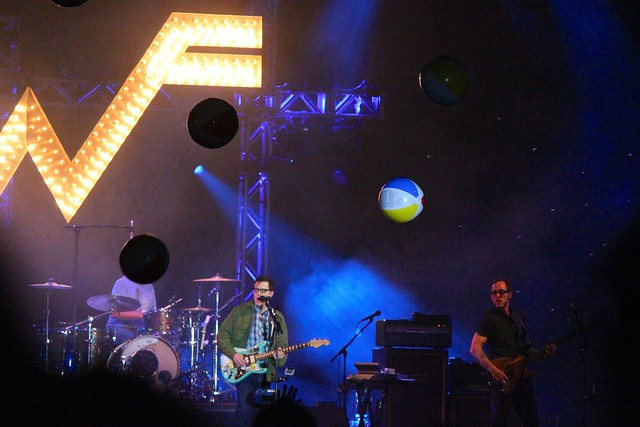 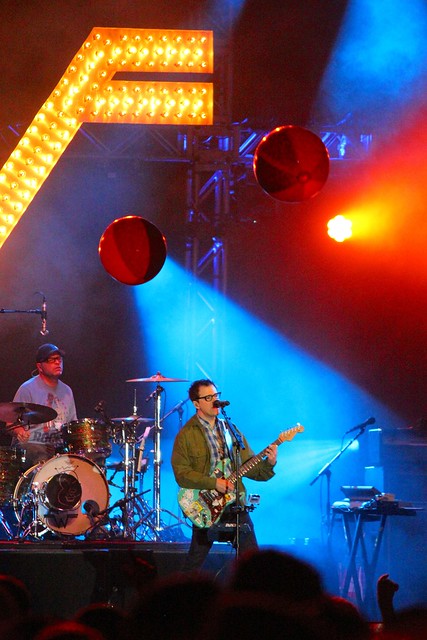 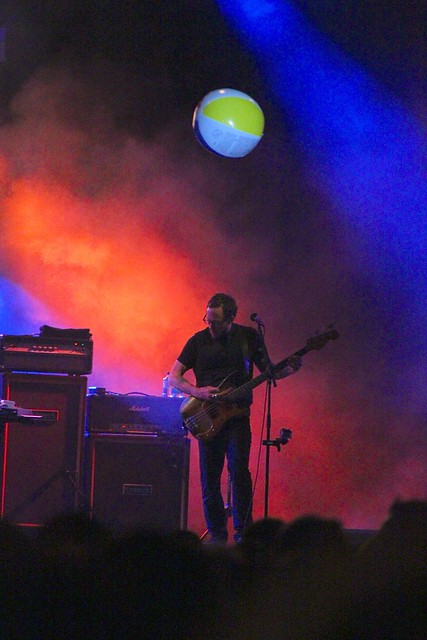 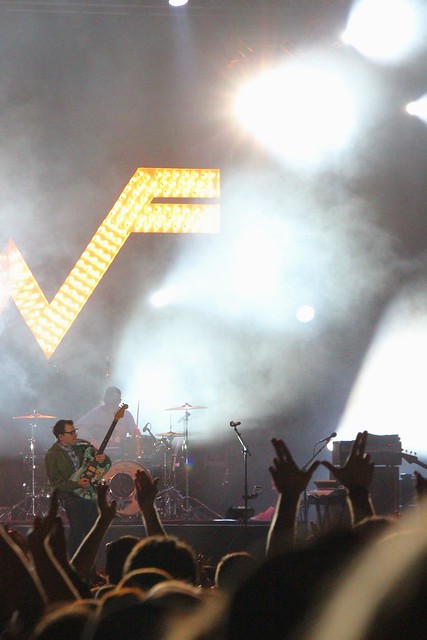 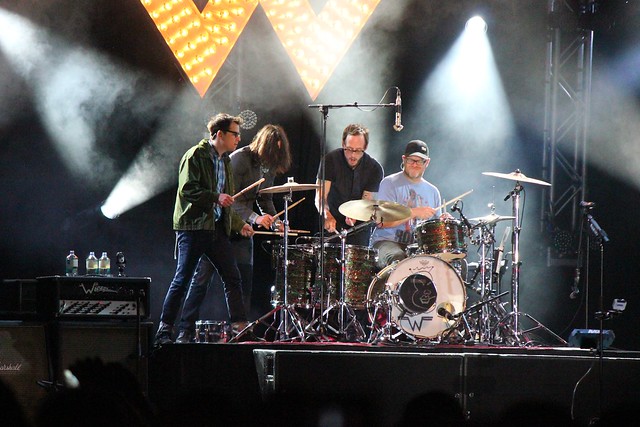 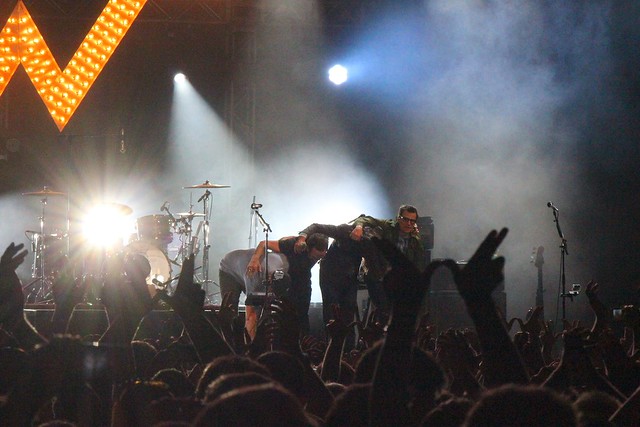 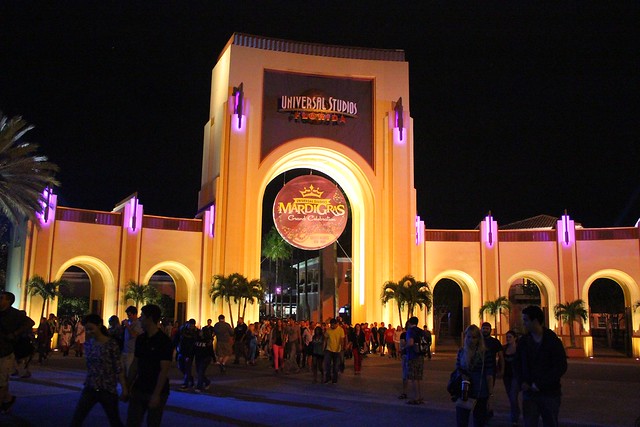 Universal Orlando’s Mardi Gras continues on select nights through June 7 when Robin Thicke will close out the concert series.