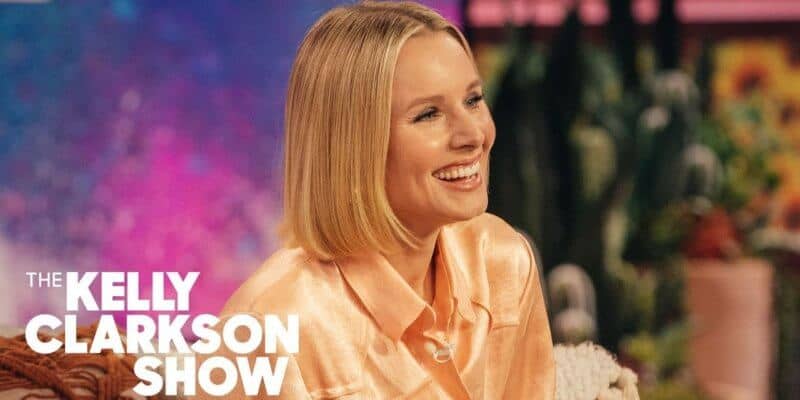 Meeting your favorite Disney characters is a must when visiting any Disney Park. But, what if you’re the voice behind one of these beloved characters? Is it strange to meet your animated self in person? Well, we need to wonder no more! Kristen Bell is giving us the scoop to what it’s like to meet Anna and Elsa with her family when they visit Disneyland.

During a recent interview with Kelly Clarkson in The Kelly Clarkson Show, Kelly and Kristen discussed the hilarious and sometimes awkward interactions that happen when Bell gets to meet Princess Anna and Queen Elsa at Disneyland.

Clarkson bluntly dives in and simply asks” So what’s it like, you running into you?” To which Bell responds: “Well… let me start by saying that I’m a firm believer that there is no ownership, right?”. A kind sentiment on Bell’s part. However, Kelly does quickly remind her that she is the “OG” Princess Anna!

Bell continues to share how Disney Characters don’t “break,” as in “break character.” These actors know that to the kids meeting them, they are these iconic characters. To them, the magic IS real! Therefore, these actors and actresses take these roles very seriously and will stay in character no matter what.

But Kristen had some funny comments about the seriousness in which these cast members take their roles. In her signature sarcastic humor, she shares with Kelly how they would respond to a simple “hi” greeting with silly Frozen story-lines like: “Arendelle is beautiful today!” and “the ice is just melted and Olaf is THRILLED with this summer weather?”. The show audience was just eating it up. And so were we!

Our favorite was when she showed sincere concern about these actors’ wellbeing. She joked: “All I wanna do is go, blink twice if you need to be rescued!”

Clearly, Kristen is just showing off her comedic skills during this interview, but we are here for all her funny!

If you need a good laugh, make sure you watch the entire interview here:

Have you seen our beloved Kristen Bell reprise her role as Anna in Frozen 2 yet? The movie is already getting amazing reviews. Let us know in the comments if you’ve seen it and what your thoughts are on the most anticipated animated sequel, Frozen 2!