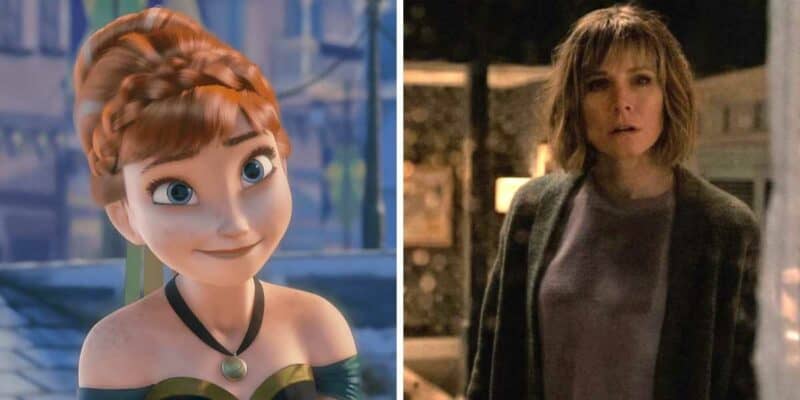 While we like to think of Kristen Bell in the magical Disney bubble our minds place her in, she’s an incredibly talented actress that is proving the voice of Princess Anna has much more to offer.

Disney’s Frozen was an instant success when it debuted in 2013. Eight years later, the Frozen fan-following is as strong as ever as the Frozen film franchise grew. The popular animated Frozen sisters, Queen Elsa and Princess Anna, are the perfect examples of a strong sisterhood and really took the films to the next level. Kristen Bell, the voice of Princess Anna, is now taking her sweet and fun personality and showing a different side with a new dark comedy thriller series.

Netflix has dropped a new teaser trailer for its new series, “The Woman in the House Across the Street from the Girl in the Window”. We were intrigued by the description below, but the trailer really has us on the edge of our seats!

For heartbroken Anna (Kristen Bell), every day is the same. She sits with her wine, staring out the window, watching life go by without her. But when a handsome neighbor (Tom Riley) and his adorable daughter move in across the street, Anna starts to see a light at the end of the tunnel. That is until she witnesses a gruesome murder… Or did she? The Woman in the House Across the Street from the Girl in the Window premieres January 28, only on Netflix.

Ok, Kristen Bell… we see you! It’s hard to picture one of our favorite Disney Princess voice actresses in such a role that this Netflix series will be dishing out, but we’re HERE FOR IT! Co-stars in the new series include Michael Ealy, Mary Holland, Shelley Hennig, Cameron Britton, Christina Anthony, Tom Riley, and Benjamin Levy Aguilar.

Are you planning on watching Kristen Bell in “The Woman in the House Across the Street from the Girl in the Window” when it begins streaming on January 28? Let us know in the comments!