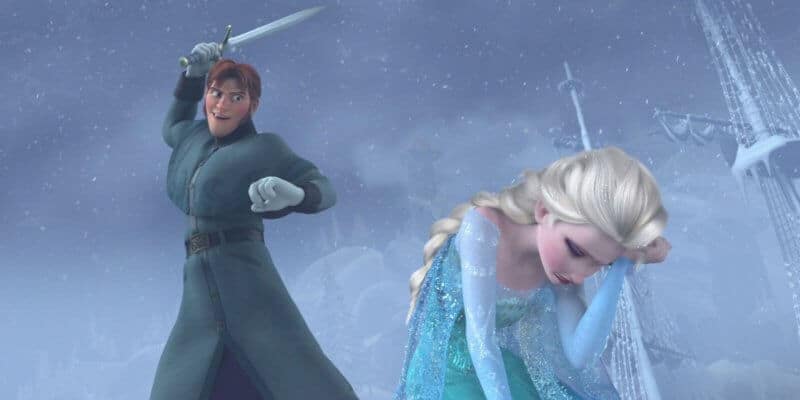 Disney movie lovers everywhere were shocked when Prince Hans rejected Anna’s ask for a true love’s kiss to save her from a frozen heart in Disney’s animated film, Frozen. Not many fans saw that coming the first time they watched the film, but what if I threw another curveball your way. What if I told you that Prince Hans may not be the actual villain of Frozen?

Prince Hans only used Anna in order to get closer to Queen Elsa. Ultimately, his plan was to marry into the throne in Arendelle as he was 13th in line in his own kingdom. Ideally, Elsa was his top pick as heir but, in his words, “no one was getting anywhere with her.” But with Anna, he said she was so desperate for love she basically made his job a lot easier. So, he was going to marry Anna, kill Elsa, and become the “hero” of Arendelle.

So, on the surface, it is pretty clear Prince Hans is the villain in Frozen, but what if we dive deeper? What if, instead of Prince Hans being the villain of the film, it was really the trolls behind it all? Well, one fan theory suggests just that.

One Reddit user took to the platform to share their thoughts on this theory that has been surfacing the internet for the past few years. The post reads, in part:

There’s a Frozen fan theory suggesting that Prince Hans was magically manipulated by the Trolls to betray Arendelle because they want Kristoff to marry into the royal family instead of Hans.

The foundation of the theory is that Hans turn into the villain doesn’t make sense.

In the movie, Prince Hans wanted to kill Elsa, but he had many opportunities to do this, like when he and the guards were at Elsa’s Ice Palace, one of the guards has a crossbow aimed at her, but he saved her, why? He even talks her out of her rage by saying “don’t be the Monster they fear you are,” that is not something you say to someone you want dead.

The only explanation is that Prince Hans, the first time we see him, is a good guy, but somewhere in the course of the movie, the Trolls magically manipulated him into becoming a bad guy.

The theory, which suggests Prince Hans was manipulated by the trolls, points out that if Hans wanted to kill Elsa he had plenty of opportunities to do so. For example, when the guards were at Elsa’s ice palace, one had his crossbow aimed right at Elsa. But, instead of letting Elsa get hit, Hans saved her.

One explanation for this aspect of the theory is that Hans and Anna were not married yet, however, Hans still could have let the guard kill Elsa and just explain to Anna that he had nothing to do with her death. Ultimately, he still could’ve married Anna and with Elsa already dead, that would have been one less thing Hans had to worry about to achieve his goal of taking the throne.

So, why didn’t Hans just let the guard kill Elsa? Well, the fan theory goes on to explain that Hans was actually a good guy at the start of the film. Maybe Hans did want to see the good in Elsa when he said “Don’t be the monster they fear you are.” And maybe Hans really did want to save Elsa from the guard who had his crossbow aimed at her in the ice palace.

It seems possible that the trolls, somewhere in the course of the film, magically manipulated Hans into becoming the bad guy because they wanted Kristoff to marry Anna instead.

Of course, this is just a fan theory that looks at the film in a deeper way — but it is quite interesting, don’t you think?

If you have never seen Frozen, the official synopsis reads:

Walt Disney Animation Studios, the studio behind “Tangled” and “Wreck-It Ralph,” presents “Frozen,” a stunning big-screen comedy adventure. Fearless optimist Anna (voice of Kristen Bell) sets off on an epic journey—teaming up with rugged mountain man Kristoff (voice of Jonathan Groff) and his loyal reindeer Sven—to find her sister Elsa (voice of Idina Menzel), whose icy powers have trapped the kingdom of Arendelle in eternal winter. Encountering Everest-like conditions, mystical trolls and a hilarious snowman named Olaf, Anna and Kristoff battle the elements in a race to save the kingdom.

Do you think the trolls are the real villains in Frozen? Let us know in the comments below.