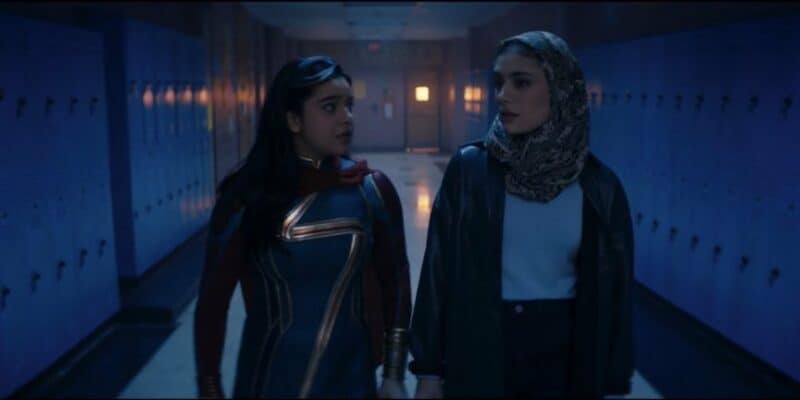 While fans thought that Ms. Marvel would tease that she might be Inhuman, it seems that Marvel might have some other radical ideas.

Related:  Who Are Marvel’s Inhumans?

After Iman Vellani’s Kamala Khan/Ms. Marvel saves the day, Bruno (Matt Lintz) explains to her that he didn’t get his research correct the first time he looked at her genes. He explains that there is a mutation in her genes and Kamala brushes it away claiming it’s just another label.

While some fans would immediately think of the X-Men, Inhumans technically do have mutated genes as well, but then the X-Men ’97 theme starts to play and it feels almost certain that Kamala is now the MCU’s first mutant. One fan confirmed by taking a screenshot of the credits confirming the X-Men theme was playing:

I wouldn’t say “seems to play”; it definitely plays

I wouldn’t say “seems to play”; it definitely plays pic.twitter.com/R96OV8KaVb

This means that fans of the Ms. Marvel comics might have to brace themselves because Lockjaw and Kamala might not be best buds in the upcoming years because the Inhumans might be left behind. With the ABC series focused on the Inhumans being a total disaster, it makes sense that Feige would want Marvel to distance themselves away from the Inhumans.

It’s possible that Marvel is setting up a tease for the X-Men and will have the new Charles Xavier explain to Kamala that she isn’t a mutant, but someone else. This would alleviate some fans’ concern about not seeing any Inhumans in the future, but it’s very possible based on what Iman Vellani has previously said that Ms. Marvel will keep these drastic changes and move forward away from the comics than fans originally thought.

The finale left fans with a lot of questions after seeing a huge cameo at the end with Brie Larson showing up. While fans might think that Kamala shapeshifted into Captain Marvel, it seems that the two swapped places since Larson is very confused instead of excited.

Some fans have speculated that the bangle is actually a Kree Nega band that can teleport people to different parts of the universe and this wouldn’t be the first time that Captain Marvel has dealt with this. In the comics, the exact same thing happened to her and the ending leaves fans excited for The Marvels (2023) and to see where Kamala’s story goes.