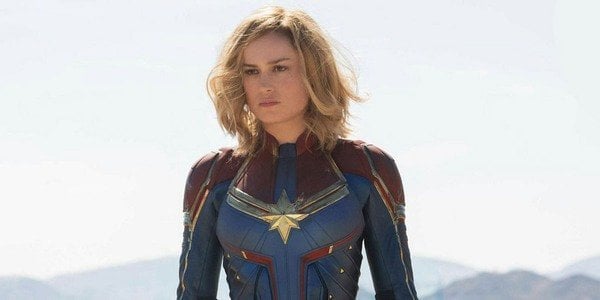 Fans may have expected to see Brie Larson’s Captain Marvel appear in the Ms. Marvel series, but the way she showed up left fans very confused since Iman Vellani’s Kamala Khan/Ms. Marvel is replaced by Captain Marvel.

The series finale for Ms. Marvel gave fans a lot of things to be excited about, but it seems that fans won’t be getting any answers about what happened to Kamala anytime soon. Kamala’s bangle begins to glow pink — something it hasn’t done this entire season — and then she hits her closet and vanishes with Captain Marvel appearing in her bedroom.

Brie Larson looks just as confused as we are until she realizes that Kamala must be wherever she was in the cosmos or wherever Captain Marvel was previously before being teleported to Kamala’s room.

It’s very likely that Kamala may have been teleported to where Captain Marvel was just at and has to save the day on an alien planet. If this is the case, then Kamala will definitely be freaking out, but it won’t be her first time being teleported to a different location at least.

The Marvels (2023) is set to be Ms. Marvel’s next debut in the MCU with Kamala probably being the catalyst for the story. Captain Marvel will probably save Kamala and she won’t hesitate to fangirl over the moment since it will be the first time she meets Larson’s Captain Marvel.

Monica Rambeau (Teyonnah Parris)  is also set to have a major role in the movie meaning that Kamala and Carol will return back to Earth at one point in the movie. Not much is known about the movie other than the three Marvels will be in it and that Hiddleston’s partner, Zawe Ashton will be playing the villain.

What exactly happened to Kamala?

The bangle is of course a clear departure from the comics since her powers aren’t something she can naturally do without the bangle. The series did tease that a second season could explore Ms. Marvel’s Inhuman past, but it’s very unclear how the super hero will continue forward in the MCU.

One easy way for Kamala to be saved would be for Captain Marvel to work with Xochitl Gomez’s America Chavez as she could punch a portal straight to Kamala. Even if Larson could fly super-fast, she was probably on the other side of the galaxy so it wouldn’t make sense for her to fly all the way back. This would also leave Chavez and Ms. Marvel to meet each other and maybe tease the Young Avengers for the first time.

At the moment, Brie Larson steals the spotlight by taking Kamala’s spot and probably leaving the new super hero to be worried out of her mind as she was probably teleported into a warzone. Hopefully, Ms. Marvel will be able to handle herself just fine until Captain Marvel can save the day and Marvel fans can see the two super heroes finally meet.