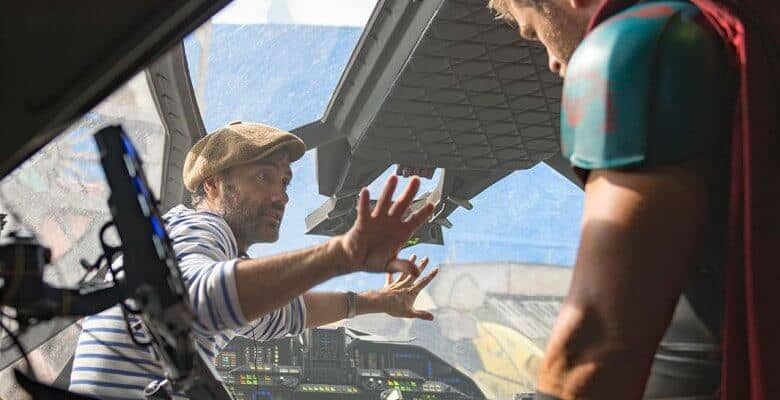 Thor: Love and Thunder, directed by Taika Waititi (JoJo Rabbit, Boy, Free Guy), has received praise from critics — who say it has more of an emotional, “rom com” vibe than they were expecting — after early screenings. While it has received mixed reviews from Marvel movie fans following opening weekend, the film has done well at the box office overall, even scoring the biggest Thor opening of all time.

Despite the fact that many fans were under the impression that Waititi had full control of Love and Thunder, it has now been confirmed that wasn’t actually the case. In fact, there were some strict restrictions placed on the eccentric director, including a limit on the project’s runtime.

Per one new report:

Marvel Studios top brass told Thor: Love and Thunder director Taika Waititi that he was required to keep the movie’s runtime at under two hours, restricting how many scenes could be included in the fourth installment:

[ Joanna Robinson of The Ringer-Verse podcast said in a recent interview],”Taika having a blank check on this is absolutely not the case. He got more leeway than he got with Ragnarok, but there was a mandate to bring this movie in under two hours. This comes in under two hours and they cut a ton of stuff out of this movie.”

It’s worth noting that the latest Marvel Cinematic Universe movie clocks a 1 hour and 59 minute runtime, lending credence to reports that Waititi was capped at two hours.

“Taika is on record as not being in director’s cuts. We know Jeff Goldblum, Peter Dinklage, Lena Headey [were supposed to appear] and Simon Russell Beale appeared as Dionysus and had like two lines in this movie but has an above-the-line credit, so he was definitely supposed to be in this more.”

She also confirmed that Christian Bale’s Gorr the God Butcher was supposed to kill “a bunch more people.”

The official description of Thor: Love and Thunder reads:

Marvel Studios’ “Thor: Love and Thunder” finds the God of Thunder (Chris Hemsworth) on a journey unlike anything he’s ever faced – a quest for inner peace. But Thor’s retirement is interrupted by a galactic killer known as Gorr the God Butcher (Christian Bale), who seeks the extinction of the gods. To combat the threat, Thor enlists the help of King Valkyrie (Tessa Thompson), Korg (Taika Waititi) and ex-girlfriend Jane Foster (Natalie Portman), who – to Thor’s surprise – inexplicably wields his magical hammer, Mjolnir, as the Mighty Thor. Together, they embark upon a harrowing cosmic adventure to uncover the mystery of the God Butcher’s vengeance and stop him before it’s too late.

Do you wish Thor 4 had been longer?

Comments Off on Marvel Studios Placed Strict Restrictions on ‘Thor: Love and Thunder’