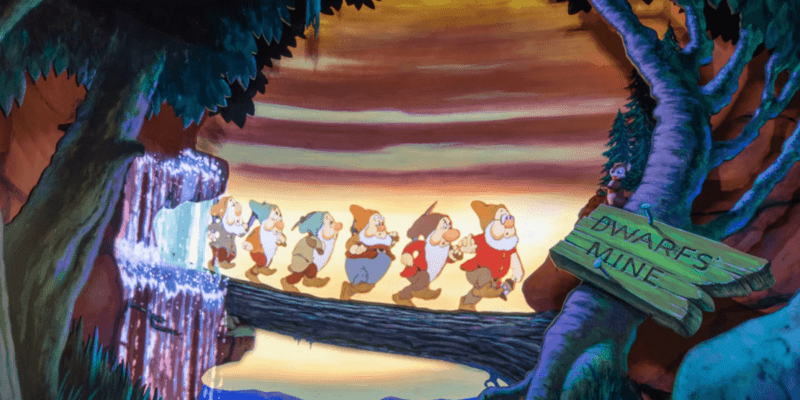 Recently, The Walt Disney Company’s live-action adaptation of Snow White and the Seven Dwarfs (1937) has come under fire for a couple of different reasons. First, Disney fans became frustrated when it was announced that Broadway star Andrew Burnap would portray a new male role that has been created specifically for this new version of the iconic film.

Related: Anastasia and Drizella Roast Cinderella in a BIG Way at Disney

Then, Game of Thrones alum Peter Dinklage — best know for his role as Tyrion Lannister in the HBO drama — blasted Disney as being “backwards” for their choice to cast a Latina actress — West Side Story‘s Rachel Zegler — as Snow White, while continuing to tell the story of “seven dwarfs living in a cave together.”

Disney responded to Dinklage’s comments with a statement that, in part, noted, “To avoid reinforcing stereotypes from the original animated film, we are taking a different approach with these seven characters and have been consulting with members of the dwarfism community.”

Now, some of Dinklage’s fellow dwarfs are speaking out saying they disagree with his assessment of the situation. First, paralympic swimmer Will Perry shared, “I don’t think we should cancel a fairytale that’s so well loved. Obviously so many people don’t love it for the dwarfs, they love the story, and, you know, innocently as well. So I don’t think it should be canceled.”

Now, some of Dinklage’s fellow dwarf actors are speaking out, claiming that his opinion could actually be detrimental to the dwarfism community, as the latest reports indicate Disney is completely removing the original versions of Happy, Dopey, Grumpy, Doc, Bashful, Sneezy, and Sleepy from the film and replacing them with “magical creatures.”

I forgot that Snow White and the seven dwarves was based on real life just like that HBO show with the dragons that made a certain “soapbox dwarf” rich was.

Anyone know who I need to get ahold of for the casting of this Snow White reboot?

I forgot that Snow White and the seven dwarves was based on real life just like that HBO show with the dragons that made a certain “soapbox dwarf” rich was.

Anyone know who I need to get ahold of for the casting of this Snow White reboot?

Postl went on to share some scathing thoughts about Dinklage, who he said is not “king dwarf”:

“It makes me so sick to my stomach to think that there are seven roles for dwarfs that can’t get normal acting roles, or very few and far between roles, and now they are gone because of this guy.”

“Peter Dinklage is the biggest dwarf actor probably of all time but it doesn’t make him king dwarf.”

Other dwarf actors also chimed in, noting their concerns about Dinklage’s commentary:

“Dwarf is a medical term,” Brooks said. “The condition I have is achondroplasia dwarfism. That is a fact. I am a dwarf.”

“I am hoping they cast Little People and give them the work… Peter Dinklage may be hurting the chance of some dwarf actors here,” he continued. “And it scares me that Disney would change a decision that big over the comment of one actor. They have been too quick here.”

Katrina Kemp was quick to agree and mentioned that if they decide to substitute the seven dwarves with CGI characters, that might be even more damaging.

At this time, Disney has not confirmed how it will be handling casting for the seven dwarfs in their upcoming live-action movie, which is also set to star Gal Gadot as the Evil Queen.

More on Snow White and the Seven Dwarfs

The official description of the classic animated film reads:

Do you agree or disagree with Peter Dinklage?