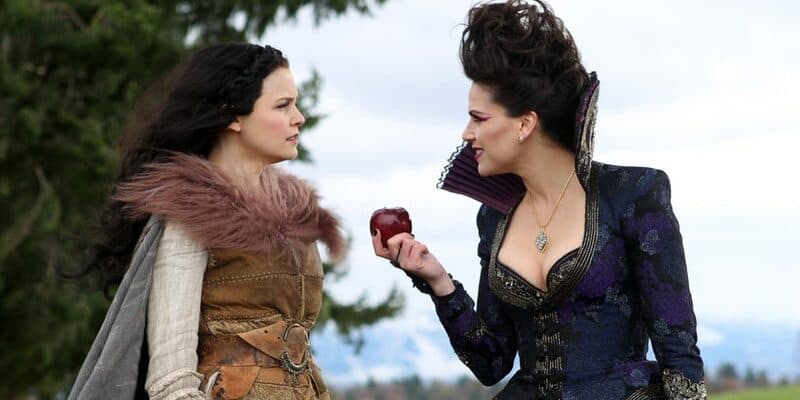 Earlier this year, it was announced that Adam Horowitz and Edward Kitsis, the creative minds between hit ABC series Once Upon a Time, would be back with another fairytale-inspired series, titled Epic.

Related: ‘Once Upon A Time’ Spin-Off Series Coming Soon to Disney+

At the time the news broke, Deadline reported:

Epic is a romantic anthology series set in the fairytale universe of Disney. Taking place in a Disney-like Enchanted Forest, it will center on a whole new set of new heroes, villains, princes, princesses and all manner of magical beings. While it will pay homage to the classic signposts we’re all familiar with from the stories we grew up with, Epic will endeavor to create a whole new batch of characters as it explores love in all its forms.

The series sounded extremely similar to Once Upon a Time, which ran for seven seasons and featured reimagined characters from classic fairytale stories, including “Snow White and the Seven Dwarfs”, “Cinderella”, “The Wizard of Oz”, and even Disney’s Brave and the Frozen franchise.

Related: Celebrate World Book Day with Colin O’Donoghue, Hook in ‘Once Upon a Time’!

Now, however, it seems that ABC was not wowed by Horowitz and Kitsis’s Epic pilot, and the series has been scrapped. Per The Hollywood Reporter:

The Disney-owned broadcast network has opted to not pick up the drama pilot to series. Ordered to pilot in January under new network topper Craig Erwich, Epic would have marked a homecoming to ABC for Once Upon a Time creators Adam Horowitz and Edward Kitsis. The duo exec produced Epic alongside writer Brigitte Hales, who previously worked with Horowitz and Kitsis on Once Upon a Time and their short-lived Apple anthology Amazing Stories.

Sources say the pilot didn’t come in strong despite execs being excited about the script. The pilot was filmed in Ireland, and, because of the pandemic, Kitsis and Horowitz were unable to go on location for the shoot.

THR noted that Epic would have starred “Brittany O’Grady (Apple’s recently canceled Little Voice), Modern Family’s Sarah Hyland and Eleanor Fanyinka”. It is not known if the series will be shopped to any other networks or streaming services.

At this time, Horowitz and Katsis remain hard at work on their Gaston (Luke Evans) and LeFou (Josh Gad) prequel series, which will be set prior to the events of Disney’s live-action adaptation of Beauty and the Beast (2017).

More on Once Upon a Time

Disney+ subscribers can watch the entire Once Upon a Time series streaming anytime. The official description of the show reads:

A boy contacts his long-lost mother who gave him up for adoption and convinces her to follow him to Storybrooke, Maine, where storybook characters who inhabit the town are trapped by an evil curse.

Do you wish Epic had been picked up?