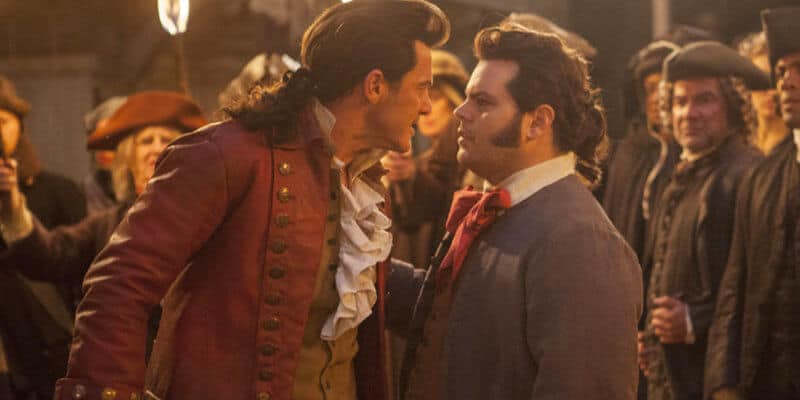 Deadline has confirmed that live-action Beauty and the Beast (2017) star, Luke Evans, has joined the cast of the upcoming live-action adaptation of Pinocchio.

Deadline can tell you first that Beauty and the Beast Gaston star Luke Evans will play The Coachman in Disney+’s live-action retelling of Pinocchio, directed by Robert Zemeckis and starring Tom Hanks as Geppetto.

On December 10, 2020, as part of the Disney Investor Day event, Walt Disney Studios shared a brief teaser trailer for the upcoming film, which is set to debut exclusively on the Disney+ streaming platform. The teaser indicated that the Pinocchio puppet, before the iconic character becomes a real boy, may very well be a computer generated animation.

One of Disney’s all-time classics is coming to #DisneyPlus with the new live-action retelling of Pinocchio, starring Tom Hanks and directed by Robert Zemeckis.

One of Disney’s all-time classics is coming to #DisneyPlus with the new live-action retelling of Pinocchio, starring Tom Hanks and directed by Robert Zemeckis. ✨ pic.twitter.com/44bHbFRhMe

This film is expected to closely follow the storyline of the 1940 Walt Disney Animation Studios classic, Pinocchio, along the lines of Disney’s numerous other recent live-action film adaptations, including Cinderella (2015), The Jungle Book (2016), the aforementioned Beauty and the Beast (2017), and Aladdin (2019).

Per Evan’s IMDb page, the actor most recently appeared in TV series The Alienist: Angel of Darkness and The Pembrokeshire Murders. He has three projects in production — two movies, Bear Season and Crisis, plus a mini-series entitled Nine Perfect Strangers,

Evans will also reprise his role as Gaston in Disney’s upcoming Gaston and LeFou prequel series on Disney+ titled. Josh Gad — best known as Olaf in the Frozen franchise — will also return as LeFou.

Release dates for Pinocchio and the Beauty and the Beast prequel show have not been announced at this time.

Comments Off on ‘Beauty and the Beast’ Star Luke Evans Joins ‘Pinocchio’ Cast!