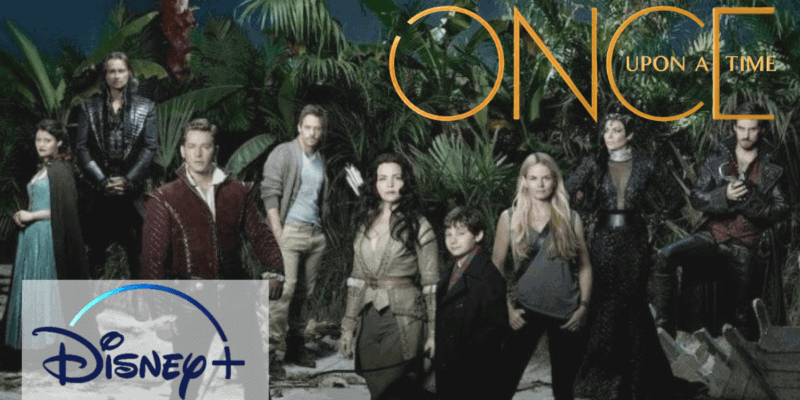 The fan-favorite ABC hit show Once Upon a Time is finally coming to Disney+. It’s only a matter of weeks until the entire series makes its debut on Disney’s streaming service.

Per an announcement made yesterday regarding all of the titles coming to Disney+ next month, Once Upon a Time will be coming to the streaming service on September 18. We know that all seven seasons will arrive on Disney+ at the same time, so eager fans and those who have always wanted to watch the show can binge every episode of the series.

If you have a Netflix subscription and you’re a OUAT fan, chances are you’ve already seen many (if not all of the episodes) on Disney’s rival streaming service. But for Disney fans who have always wanted to start the show, they can finally binge watch it on Disney+ and see what all the hype is about (and finally meet characters like Prince Charming, the Evil Queen, Rumpelstiltskin, and so much more).

Read More: Set Your Calendars for the September Disney+ Lineup

We had previously speculated about when Once Upon a Time could leave Netflix and arrive on Disney+. Many fans were concerned with the fact that the series — which originally aired on ABC (owned by Disney) and which is inspired by Disney stories as well as traditional fairy tales — was not already on Disney’s new streaming service at launch back in November. But now, all those worries can subside because OUAT is officially coming to the streaming service made for Disney fans.

Unfamiliar with Once Upon a Time? Let us catch you up. Below is the official series synopsis:

“Once Upon a Time” tells the story of a new world, one in which fairy-tale legends and modern life collide. Emma Swan (Jennifer Morrison) is comfortable in her life as a bail bonds collector when Henry — the child she gave up a decade earlier — suddenly shows up. He is convinced that she is the daughter of Snow White and Prince Charming, who sent her away before the Evil Queen could cast a spell, freezing the fairytale world in time and bringing them to present-day Storybrooke, Maine. After taking Henry home, Emma decides to stay in the town to keep an eye on him, and she discovers he may not be wrong after all.

Are you excited for Once Upon a Time to finally arrive on Disney+? Are you a longtime fan of the series, or are you eager to start watching it from the beginning? Let us know in the comments!