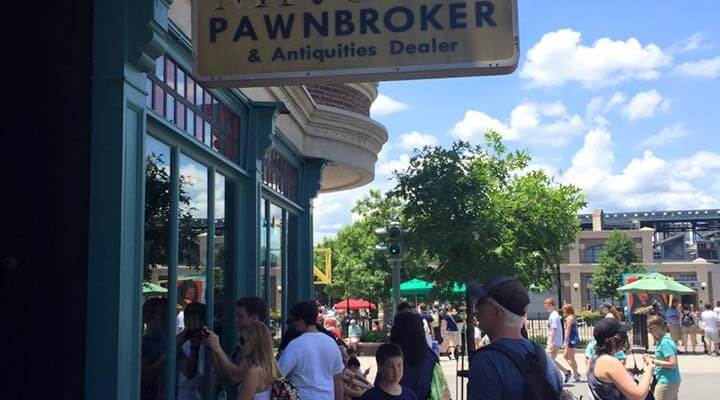 The popular TV show “Once Upon a Time” from ABC showcases all of our favorite fairytale’s in a new and different light. The villain Mr.Gold has continued to play an integral part in the show for its 4 seasons and he now have gotten his own window display and sign at Walt Disney World’s Hollywood Studios park. Unfortunately this is just a store front and not an actual store but it is still nice to see a reference to the show in the parks. The window display is located on the Streets of America at Hollywood Studios.

Thanks to Matt Dobrovolsky for pics.