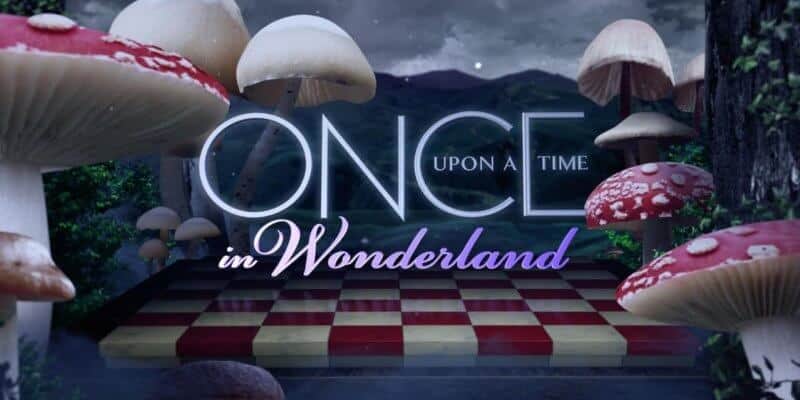 Once Upon A Time In Wonderland is a spin-off of the popular ABC show, Once Upon A Time, which follows Alice (Sophie Lowe) as she discovers a strange new tale on the other side of the rabbit hole. Of course, you see some familiar friends including the Cheshire Cat, a hookah smoking caterpillar, and talking playing cards.

The official description of the ABC spin-off series reads:

Alice tells of a land on the far side of a rabbit hole, which holds a disappearing cat and talking playing cards — not to mention her lost love, Cyrus, a handsome genie. But her tales don’t play well in Victorian England; doctors believe she is mad, and Alice begins to agree with them. They plan a treatment that will make her memories disappear. Luckily — before the doctors can follow through — the Knave of Hearts and the White Rabbit arrive to whisk her away to the place where anything is possible: Wonderland.

The spin-off series only ran for one season, 13 episodes, and originally aired on ABC in 2013 and 2014. Now, fans of the show will be able to re-watch it all go down on Disney+ when, according to What’s On Disney Plus, it hits the streaming service in the United States on Friday, November 27.

Fans can also rewatch all seven seasons of the original series, Once Upon A Time, on Disney+ now. In case you aren’t familiar, the description of the original ABC series reads:

Once Upon a Time tells the story of a new world, one in which fairy-tale legends and modern life collide. Emma Swan (Jennifer Morrison) is comfortable in her life as a bail bonds collector when Henry — the child she gave up a decade earlier — suddenly shows up. He is convinced that she is the daughter of Snow White and Prince Charming, who sent her away before the Evil Queen could cast a spell, freezing the fairytale world in time and bringing them to present-day Storybrooke, Maine. After taking Henry home, Emma decides to stay in the town to keep an eye on him, and she discovers he may not be wrong after all.

Are you excited to see Once Upon A Time In Wonderland come to Disney+? Let us know in the comments below.