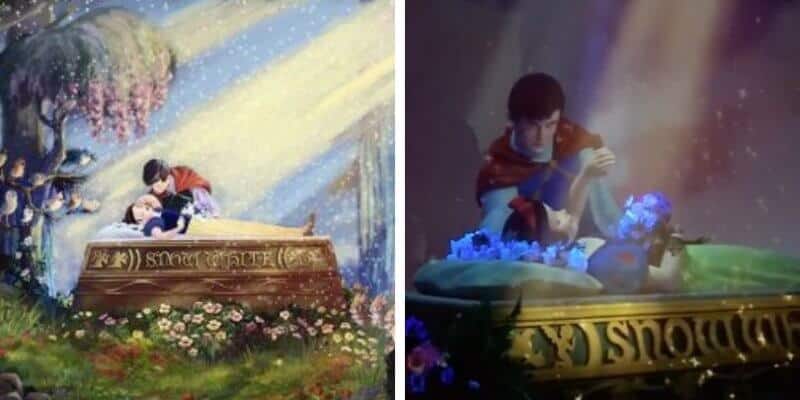 While the theme parks were closed, Imagineers were hard at work as they reimagined Snow White’s Scary Adventures in Fantasyland at Disneyland to Snow White’s Enchanted Wish.

Now, on Friday, April 30, Guests will experience the newly reimagined attraction for the first time, and Disney Parks is giving us a sneak peek at what the kiss scene now looks like.

Disney Parks took to TikTok to share a sneak peek at what the new, reimagined scene looks like within Snow White’s Enchanted Wish. The caption reads:

And within the video, you can hear Disney Parks say:

“So we have something special that we want to share with you guys. On the reimagined Snow White’s Enchanted Wish, there’s a special new scene. We get to witness the true love’s kiss that awakens Snow White. Pure magic, right?”

As you watch the TikTok video, you will see Snow White reawaken thanks to the famous true love’s kiss right before your eyes. The lighting and the animatronics are absolutely stunning, and it really is pure magic. You can watch the video here:

Are you excited for when Snow White’s Enchanted Wish debuts at Disneyland? Let us know in the comments below.

Do you want to visit Disneyland on your next vacation? Start planning today1