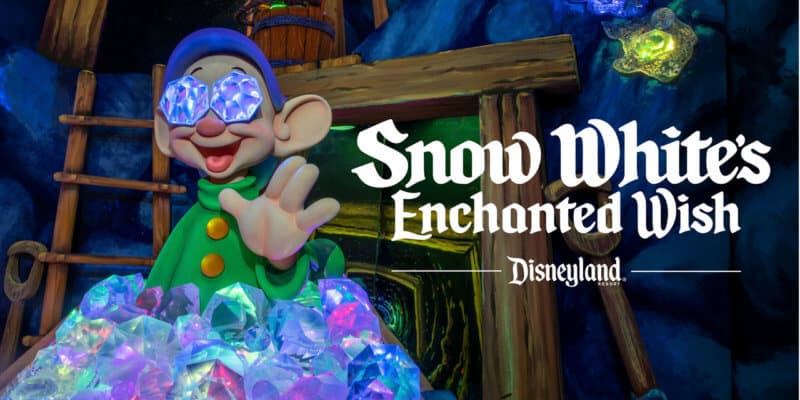 Today, Disney Parks Blog revealed the poster artwork for a newly revamped attraction, Snow White’s Enchanted Wish. The ride is a retheme of Snow White’s Scary Adventures in Fantasyland at Disneyland Park, which was an original Disneyland Resort attraction and opened with the park in 1955. It was Disneyland’s first dark ride attraction.

Attraction posters have been a long-standing tradition at Disney Parks. Imagineers created posters to entice guests with a preview of the many adventures they’ll experience. You will spot this enchanting poster at the entrance of Disneyland park, as you pass under the Main Street, U.S.A. railroad station.

Take a look at the new attraction poster!

This new attraction based on the classic tale will open on April 30, when Disneyland opens its gates after an unprecedented year-long closure due to the COVID-19 pandemic.

The attraction change was first announced back in 2019, and work on the project began in early January 2020, before the theme park had to shut down.

According to Disney, the ride will take a happier, less dark, look at the journey of Disney’s first princess:

The colors of the sparkling diamonds and the updated look of the ride are reminiscent of The Seven Dwarfs Mine Train roller coaster in Fantasyland at Magic Kingdom Park at Walt Disney World.

Are you excited about this new Snow White attraction update? Let us know in the comments!

Let our friends at Academy Travel help you book your Disney Vacation. CLICK HERE to get started today!