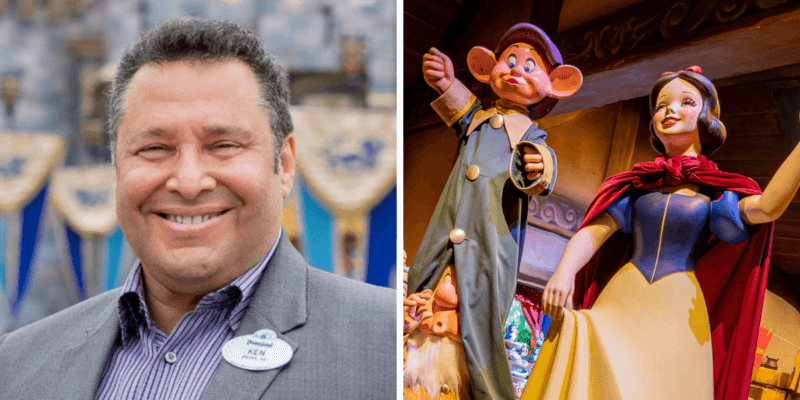 Disneyland is just one week away from reopening its gates after a year-long closure, and Disney fans are not the only ones who can’t wait to step back inside Walt’s magical kingdom. Disneyland Resort President Ken Potrock can’t wait for the reopening and has been getting fans excited about coming back to the theme park by sharing Cast Member and attraction photos on Instagram.

Potrock’s latest Instagram post brought viewers to Disneyland’s newly reimagined attraction, Snow White’s Enchanted Wish. The ride was previously called Snow White’s Scary Adventures, but a refurbishment was announced in 2019 and completed while the theme park was shut down.

I cannot wait until you all can experience Snow White’s Enchanted Wish! It’s full of so many wonderful new elements, and you’ll get to meet awesome Cast Members like my new friend, Stan!

Snow White’s Enchanted Wish will give viewers a new look at the story of Disney’s first princess and show the happy ending she gets with her prince. Snow White’s Scary Adventure was a dark ride that often scared younger riders, so the newly reimagined attraction will surely be a hit among Guests young and old.

There are more surprises to discover and we cannot wait for you to experience the magic of this timeless fairytale, and Snow White’s enchanted wish coming true at last!

This is not the first Disneyland Park attraction that Potrock has given followers a look at on his Instagram. He also has shown followers shots inside of Space Mountain, a group of Ghost Hosts outside the Haunted Mansion, and a small glimpse of the newly refurbished King Arthur Carrousel.

Potrock posted about the Carrousel:

Another opening-day attraction is back and it looks better than ever. The newly refurbished King Arthur Carrousel looks AMAZING! I had the pleasure of meeting some of the Cast Members who worked on the restoration of the attraction and repainting of the 68 horses – no two of which are painted alike. I was delighted to learn that one of the horses is originally from Coney Island amusement park, just a few miles from where I grew up in “da Bronx.”

With how long Guests waited to buy Disneyland tickets and secure their reservations, Ken Potrock surely isn’t the only one feeling the Disney love and excitement.

What attraction are you most looking forward to riding when Disneyland reopens? Let us know in the comments!

Want to book your Disney vacation? Let Academy Travel help you with all of your booking needs! Click here to get started!