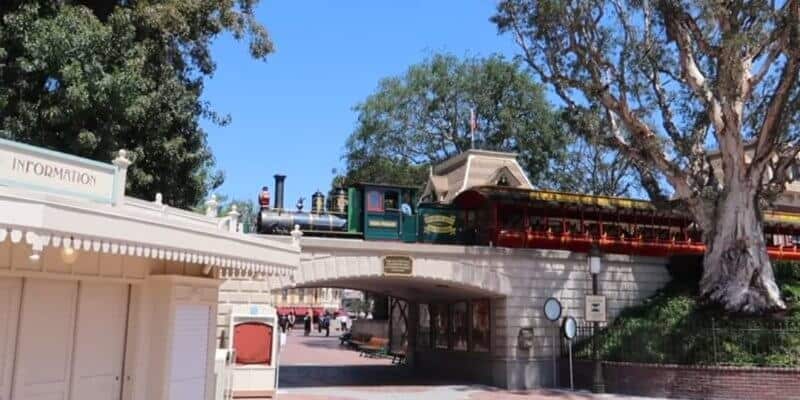 Credit: Best Life and Beyond

It is very hard to believe that over one year ago, Disneyland Resort was shut down due to the worldwide pandemic. Like many fans, I, personally, never imagined I would see the day when my favorite theme park was completely empty. Although it has felt like centuries, our beloved California theme park Disneyland is finally reopening for California residents only on April 30. That makes today officially the 9-day countdown! Want to see what’s happening inside Disneyland Park right now?

Spencer, a huge Disney fan who is very excited for the parks to reopen, took to his YouTube channel, Best Life and Beyond, to share his feelings about Disneyland and Disney California Adventure Park reopening next week. “I’m trying to make more real in my head, I’m still in disbelief like a lot of you are, I can’t even fathom this reality happening, that’s less than two weeks.”

This week, he posted a heartfelt video and a peek of what is going on inside Disneyland Park as Cast Members continue to prepare for the Disney California Adventure and Disneyland reopening.

As sounds of classic Disneyland music play in the background around Downtown Disney and the Disneyland Resort, Spencer takes viewers right up front to the gates and finds Cast Members aboard locomotive number 3 named after Fred Gurley. According to Disney Parks Blog, “The Fred Gurley was named after Fred G. Gurley, who was president of the Santa Fe Railway from 1944-1957. It is the oldest steam engine operating on the Disneyland Railroad.”

Looking through the gates, Best Life and Beyond’s Spencer spotted Cast Members in Town Square testing the Disneyland horse-drawn streetcars. Spencer states “almost as if there is a rehearsal on tap” and mentions many Cast Members walking by from backstage and supervisors standing by preparing for the historic reopening of Disneyland. This Disney fan becomes choked up, as he states that the park “feels alive.”

The video shows what the entrance of Disneyland Park looks like currently. As we know, Disney California Adventure has continued with social distancing and markers when they reopened for the A Touch of Disney event. Distance markers have been placed on the flanking sides for the reopening of Disneyland — theme park reporter and fan Paul (@paulsthemeparkadventures) also shared a look at the distance markers in front of the Disneyland gates.

I will guarantee that this Disneyland countdown will leave you feeling happy and excited about the reopening! Thanks to Best Life and Beyond for sharing this heartwarming video of the beloved Disneyland Park in Orange County, which you can check out below.

Are you planning to visit Disneyland Park in 10 days? Let us know in the comments below!

Do you need help planning your next Disneyland trip? Our friends at Academy Travel can help!

Comments Off on Disneyland Reopens NEXT WEEK: See the Park Prep!