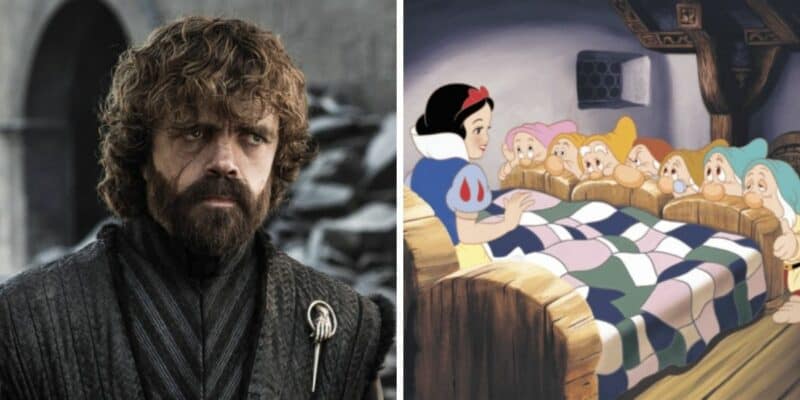 Peter Dinklage, who is best known for his role as Tyrion Lannister in HBO’s hit series Game of Thrones, recently commented on the upcoming Disney live-action film adaptation of Snow White and the Seven Dwarves (1937).

The backlash has made its rounds on the internet, and now The Walt Disney Company is responding back to Dinklage’s comments.

Snow White and the Seven Dwarves, which is known by staffers as “Walt’s Folly” during its production, was not expected to be successful, but it proved everyone wrong as the first-ever full-length animated feature film is now known as a cinematic classic, even being nominated for Best Musical Score at the Academy Awards in 1938. The following year, producer Walt Disney was awarded an honorary Oscar for the film as well.

Nearly 85 years later, the Walt Disney Company previously announced it will be working on a live-action adaptation of the classic Walt Disney Animation Studios film. Though, it has already faced some fan backlash regarding the changes currently being made to this new version of Snow White, celebrities are now also voicing their opinions on the subject, including Game of Thrones star Peter Dinklage.

Dinklage recently shared his thoughts of the Disney live-action remake during a podcast interview, saying:

“Literally no offense to anyone, but I was a little taken aback when they were very proud to cast a Latina actress as Snow White. But you’re still telling the story of ‘Snow White and the Seven Dwarfs.’ Take a step back and look at what you’re doing there. It makes no sense to me. You’re progressive in one way but then you’re still making that f***ing backwards story about seven dwarfs living in a cave together, what the f*** are you doing, man? Have I done nothing to advance the cause from my soap box? I guess I’m not loud enough. I don’t know which studio that is but they were so proud of it. All love and respect to the actress and all the people who thought they were doing the right thing. But I’m just like, what are you doing?”

Now, however, Disney is commenting back on Dinklage’s backlash.

A Disney spokesperson has released a statement saying, in part, “To avoid reinforcing stereotypes from the original animated film, we are taking a different approach with these seven characters and have been consulting with members of the dwarfism community.”

At this time, Disney has not confirmed casting details for any of the seven dwarves — Dopey, Grumpy, Doc, Happy, Bashful, Sneezy, and Sleepy — in the new live-action version of the classic fairytale, Snow White and the Seven Dwarves, but has confirmed Rachel Zegler will be taking on the leading role as the first Disney princess.

Wonder Woman star Gal Gadot will join her in the film as the Evil Queen.

The full statement from Disney was released to The Hollywood Reporter:

“To avoid reinforcing stereotypes from the original animated film, we are taking a different approach with these seven characters and have been consulting with members of the dwarfism community. We look forward to sharing more as the film heads into production after a lengthy development period.”

What do you think of Disney’s statement in response to Dinklage’s comments? Let us know in the comments below.