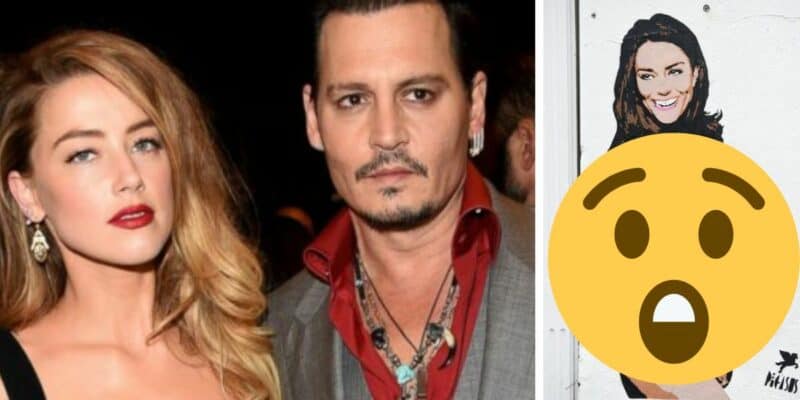 According to reports, Johnny Depp bought a nude photo of Kate Middleton, while he was living with his ex-wife Amber Heard.

When the Pirates of the Caribbean star was engaged his The Rum Diary co-star Amber Heard, he attended an art exhibition in the United Kingdom. While at the art exhibit, Depp made a very big purchase.

According to reports, Depp spent a five figure sum on a nude portrait of pregnant Kate Middleton as well as a £25,000 portrait of Queen Elizabeth. The Edward Scissorhands actor also commissioned Pegasus, the street artist who was featured in the art exhibit, to do a second nude painting of Middleton, which he wanted to be titled “Crowned” and feature a crown lying on her bare bump.

The artist’s manager spoke out at the time, saying:

“I knew Johnny was coming and wanted the two Kate Middleton works. I didn’t even tell my wife and daughters, but I was expecting him. He was extremely charming and immediately bought the painting and put down an offer for the second one. Everything at the opening of Pegasus’ gallery sold within 15 minutes. He can’t fulfill his orders fast enough at the moment.”

Johnny Depp recently sued his ex-wife Amber Heard for defamation after she wrote an Op-Ed for The Washington Post, where she referred to herself as a “public figure representing domestic abuse.” Ms. Heard countersued Mr. Depp, claiming that he “defamed her when his former lawyer released statements saying her allegations of abuse were a hoax.”

Did you know Johnny Depp bought a nude photo of Kate Middleton? Let us know in the comments below.