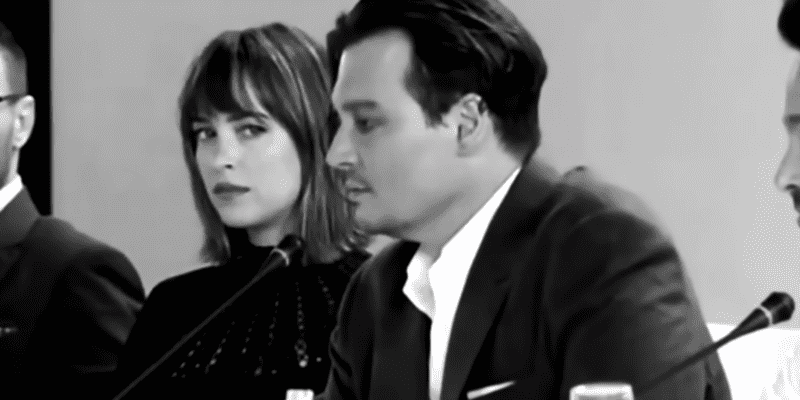 Johnny Depp sued his ex-wife Amber Heard for defamation after she wrote an Op-Ed for The Washington Post, where she referred to herself as a “public figure representing domestic abuse.”

Many tuned into the live streams on YouTube as the trial was happening in a Fairfax, Virginia courtroom. As many were invested in this high-profile court case, fans scoured the internet to find any clues or other evidence that could support either side.

For example, one video featuring Johnny Depp and Dakota Johnson having a conversation while at a fan panel resurfaced. The 2015 video shows Johnson reacting to Depp’s bandaged middle finger, which was an injury he testified happened at the hands of Heard after she threw a vodka bottle at him.

Other videos have also been shared, including the one below titled ““She’s CRAZY” Dakota Johnson EXPOSES Amber Heard For Injuring Johnny Depp”.

Johnson has now spoken out about the viral video, asking to not be involved. She told Vanity Fair:

“I was like, ‘For the love of God, why? Why am I involved in this?’ I don’t remember that at all, but please, take me out of this. Don’t let this go further. Can you imagine, oh, my God, if I was called to the witness stand?”

She also said, “I can’t believe that people are watching [the trial] like it’s a show. It’s like it’s a courtroom drama and my heart breaks. It’s so, so, so crazy. Humans are so f*cking weird. The internet is a wild, wild place.”

What do you think of the Johnny Depp Amber Heard trial? Let us know in the comments below.