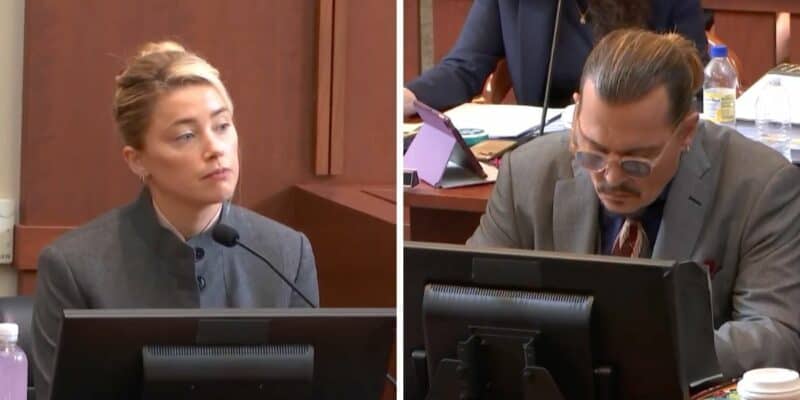 Johnny Depp, 59, recently sued his ex-wife, Amber Heard, 36, for defamation after she wrote an op-ed for The Washington Post, where she referred to herself as a “public figure representing domestic abuse.” Ms. Heard countersued Mr. Depp, claiming that he “defamed her when his former lawyer released statements saying her allegations of abuse were a hoax.”

After the jury’s verdict, Amber Heard released a statement, which read, in part:

“I’m even more disappointed with what this verdict means for other women. It is a setback. It sets back the clock to a time when a woman who spoke up and spoke out could be publicly shamed and humiliated. It sets back the idea that violence against women is to be taken seriously.”

Now, for the first time since the trial ended, the Aquaman actress is speaking out publicly.

According to Variety, Ms. Heard recently sat down with Today’s Savannah Guthrie in a primetime interview, which is set to air this Tuesday and Wednesday on NBC. In the interview, Heard speaks to Guthrie, explaining that she understands why the jury reached their verdict in favor of Depp. “I don’t blame them,” Heard said. “I actually understand. He’s a beloved character and people feel they know him. He’s a fantastic actor.”

Amber Heard went on to speak about the negative social media coverage she has faced, saying she believed her treatment was unfair:

“I don’t care what one thinks about me or what judgments you want to make about what happened in the privacy of my own home, in my marriage, behind closed doors. I don’t presume the average person should know those things. And so I don’t take it personally.