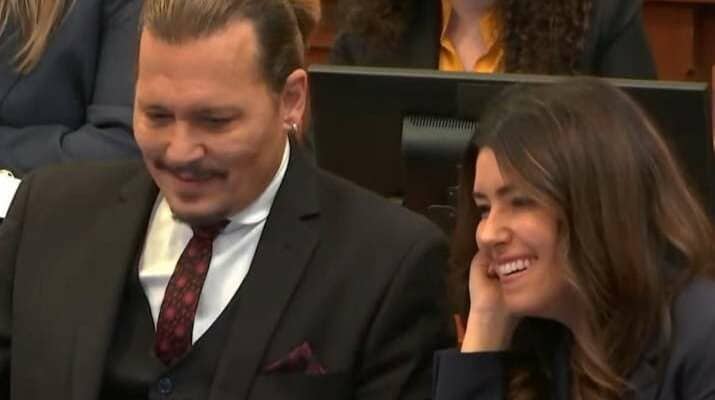 Camille Vasquez and Benjamin Chew were Johnny Depp’s lawyers during the high-profile defamation trial against his ex-wife, Amber Heard. The two have become celebrities of their own as many fans watching the trial loved the relationship between Depp and his legal team.

Some fans were even speculating that Depp’s attorney, Camille Vasquez, was actually dating the Alice In Wonderland star. The paparazzi confronted Camille Vasquez after court one day, to which the lawyer simply just laughed off the rumors, neither confirming nor denying if she was dating the Pirates of the Caribbean star.

Now, as the trial officially came to an end, Ms. Vasquez is finally addressing those dating rumors in a new interview.

Related: Johnny Depp’s Juicy Secret – Does He Really Sleep In the Nude?

When speaking to PEOPLE recently, Camille Vasquez addressed the Depp dating rumors, saying it was all false speculation. “I guess it comes with the territory of being a woman just doing her job.”

“I care very deeply about my clients, and we have obviously become close. But when I say we, I mean the entire team, and of course that includes Johnny. And, I’m Cuban and Colombian. I’m tactile. What do you want me to say? I hug everyone. And I’m not ashamed about that.”

Ms. Vasquez continued to say that “my work is my love” and “when I love, I love really deeply.”

Johnny Depp recently sued his ex-wife, Amber Heard for defamation after she wrote an op-ed for The Washington Post, where she referred to herself as a “public figure representing domestic abuse.” Ms. Heard countersued Mr. Depp, claiming that he “defamed her when his former lawyer released statements saying her allegations of abuse were a hoax.”

Were you hoping to see Johnny Depp and Camille Vasquez an item? Let us know in the comments below.