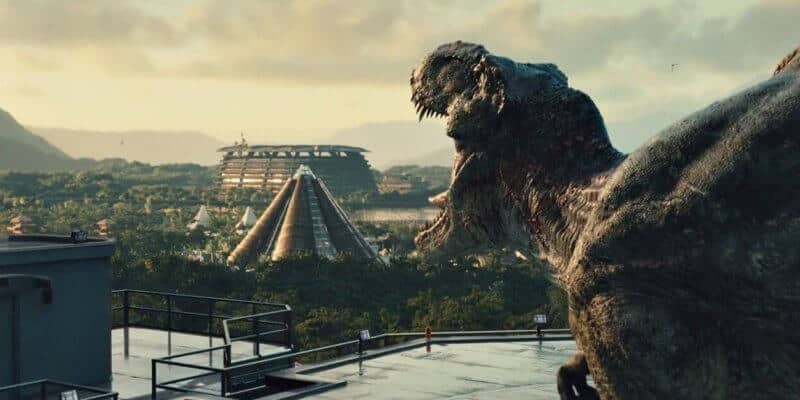 From the moment bounty hunter Din Djarin (Pedro Pascal) and 50-year-old infant foundling, Grogu — then known only as “Baby Yoda” or “The Child” — first appeared onscreen when Disney+ launched, Star Wars fans felt that Jon Favreau and Dave Filoni were hearkening back to a bygone era when George Lucas still had full creative control of his space opera saga.

One recent article about the Apple TV+ dinosaur project notes:

Described as a one-of-a-kind immersive experience, Prehistoric Planet combines award-winning wildlife filmmaking, the latest paleontology learnings, and state-of-the-art technology to unveil the breathtaking habitats and inhabitants of ancient Earth. The series explores little-known and surprising facts about dinosaur life, from the parenting techniques of Tyrannosaurus rex to the mysterious depths of the oceans and the deadly dangers in the sky.

You can view the trailer for Prehistoric Planet below:

The five-part series is set to release one episode daily from  May 23 through May 27, 2022. Sir David Attenborough narrates while accompanied by a Hans Zimmer score.

You can learn more about Prehistoric Planet on its official website. Per the article mentioned previously, the series promises “real-life footage taken from icy mountains, dense forests, arid deserts, freshwater regions, and expansive coastlines all over the world to bring audiences to uncharted territory, up close with new species of dinosaurs.”

The timing of Prehistoric Planet’s debut is likely not a coincidence. The highly-anticipated third installment in the Jurassic World trilogy — Jurassic World: Dominion — is set to hit theaters on June 10, 2022.

The movie was unlike anything that had been done before, with more realistic T-Rex and Velociraptor renditions than dinosaur buffs had ever seen, and that JELL-O scene still haunts you, right?

The original Jurassic Park trilogy, which also included The Lost World: Jurassic Park (1997) and Jurassic Park III (2001), proved to be so popular that Universal Pictures revived the franchise in 2015 with Jurassic World.