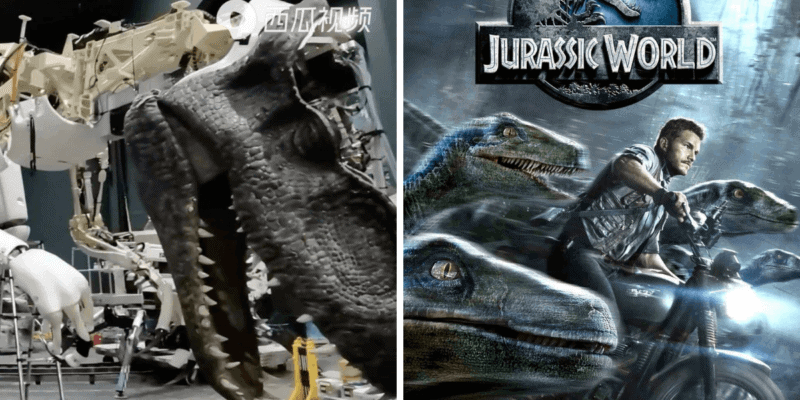 Universal is working on a project that will bring Isla Nublar to life, and no, it is not at Universal Orlando Resort. This fully immersive Jurassic World based theme park land will be unique to Universal Beijing and filled to the brim with new animatronics that will transport you right into the films!

Today we break down everything you can expect when Isla Nublar when it opens with Universal Beijing Resort in May of 2021.

Isla Nublar is the fictional island within the Jurassic Park and Jurassic World franchises where the dinosaur theme park makes it’s home. If you have been a fan of the Jurassic movies you have probably always wanted to visit Isla Nublar, and finally we can!’

Here is what Universal had to say about Isla Nublar:

Welcome to Jurassic World Isla Nublar! It is inspired by the blockbuster film Jurassic World. Gear up to meet face to face with the gigantic and frightening dinosaurs and experience an epic adventure back to 65 million years ago!

The main attraction in the land will be called Jurassic World Adventure. We do not have many details on this attraction but we have seen screenshots of the ride with lights on, and the dinosaurs, as Universal continues to work diligently on this brand new attraction.

These screenshots come courtesy of Universal reporter, @scoop_universal, on Twitter. They give us a good look at what we can expect from the attraction, even though Universal has released very few details on it. In the photo below we can see that the ride vehicle is similar to that of other Universal indoor attractions such as the Transformers attraction at Universal Studios at the Orlando resort.

You can see the T-Rex animatronic which already looks incredible!

These photos were shared back in December, and since Universal Beijing is set to open in May of 2021 we expect that the attraction is close to being completed and has started testing. But that is purely our own speculation and Universal has not stated if they are testing the attraction yet.

We have questioned if Universal Beijing Resort will see a delay in its grand opening as the pandemic continues into 2021, but so far Universal has made no such announcement and it appears that everything is on schedule.

What do you think of Isla Nublar? Let us know in the comments!

We can help you plan the perfect Universal vacation, click here for more information!