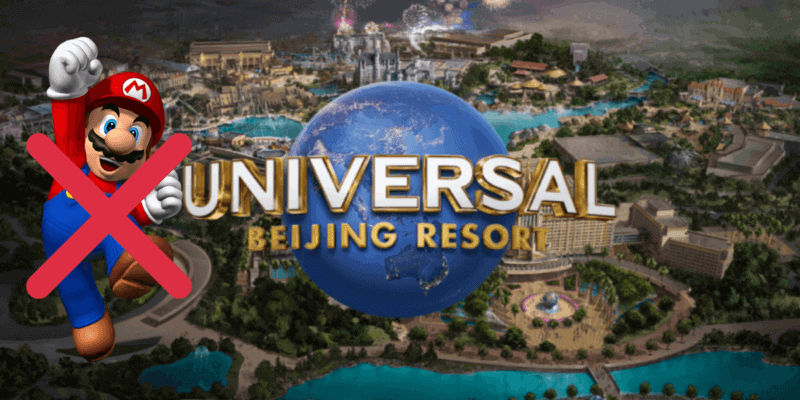 Universal is building a brand new theme park in China that will compete with Disney’s latest Chinese venture, Shanghai Disneyland. Universal Studios Beijing will open in May 2021 and bring some of the most cutting edge technology into the world of theme parks.

But one of the most anticipated lands to ever be built for a theme park, Super Nintendo World, is noticeably absent from this brand new park. Why? Let’s talk about it.

So, if Super Nintendo World is planned for almost every Universal theme park, why is Beijing left out? Well, it most likely has to do with the laws concerning video games in China. Because of the laws on video game consoles and games in China, the popularity of the Mario characters may not be as recognizable to Chinese guests who will be visiting the theme park. Nintendo was only able to begin selling the Nintendo Switch in China last December– and they only sold one officially licensed game.

While this is only our speculation, it could be that due to the absence of Nintendo in China, Universal felt like the brand was not recognizable for the theme park and therefore it wouldn’t be as popular with that park’s main audience.

Universal is also developing a brand new attraction with Steven Spielberg for Universal Beijing and we cannot wait to see what they have in store for us! It will be called, Lights Camera, Action! Read more about that here.

What do you think about Universal Beijing, not including Super Nintendo World in its theme park? Let us know in the comments!