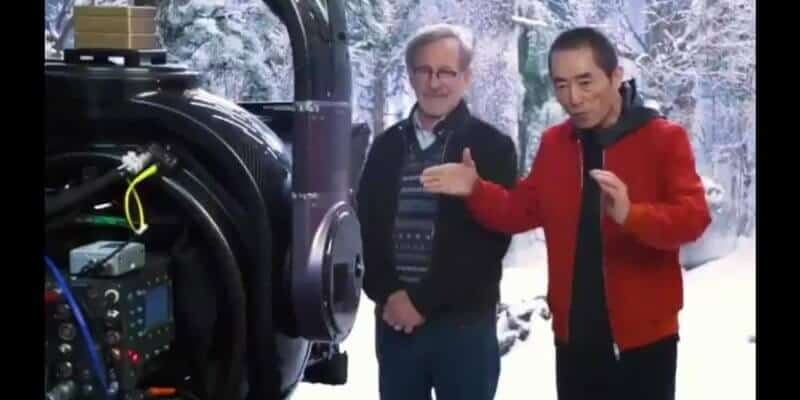 Steven Speilberg and Zhang Yimou are creating a new attraction with Universal called, “‘Lights, Camera, Action!”. This exciting new attraction is in development for Universal Studios Beijing, which is set to open in Spring of 2021. Universal recently gave fans a behind-the-scenes look at what they can expect when the resort first opens.

Recently, we reported on the brand new flying Toothless puppet/animatronic that was unveiled for Universal Studios Beijing. While we do not know if that is for an attraction or a live show, it was exciting to see what new exciting offerings will be coming to Universal Beijing.

Now, we want to talk about the new attraction that is in development with Steven Speilberg and Zhang Yimou for the brand new theme park resort. Universal describes this attraction as:

Universal Studios Beijing will also bring Hollywood Boulevard to China. Visitors will feel as if they are living in the Hollywood itself and could encounter celebrities at any moment. Hollywood will feature the “Lights, Camera, Action!” attraction, featuring world-renowned directors, Zhang Yimou and Steven Spielberg. The experience will merge both Western and Eastern popular culture, and will lead visitors into the behind-the-scenes glitz and glamour of Hollywood special effects.

We cannot wait to enjoy Lights, Camera, Action! When it opens with Universal Beijing in March. While we know little about the attraction right now, we do expect more information to come out soon now that this first look has been released.

You can see more behind-the-scenes looks at Universal Beijing from the video shared by theme park reporter and fan @themeparX on Twitter:

2021 is the year of Universal Beijing Resort and themeparX will be your top source of updates all the way through to the grand opening: https://t.co/HKZT0eJJV2 pic.twitter.com/HBMFKeUOmN

What are you most excited about that is coming to this brand new theme park? Let us know in the comments!

We can help you book a trip for the grand opening of Universal Studios Beijing! Click here for more information