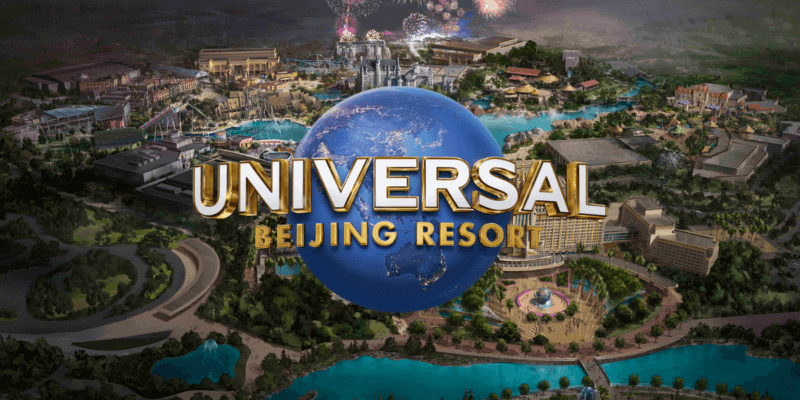 Since Shanghai Disneyland’s opening date of June 16th, 2016, they have enjoyed being the only major player in town. But Disney’s largest theme park rival Universal was not going to let Disney enjoy all of the Chinese theme park profits for themselves.

“A horse never runs so fast as when he has other horses to catch up and outpace.”  – Ovid

Despite the pandemic, Universal Beijing Resort is still on track to open in May 2021. Universal has not specified the date yet, only the general time frame. With May fast approaching, an official opening date could be announced soon.

Here is a video compilation of all the Universal Beijing Resort offerings you can expect to see on opening day, including entire lands dedicated to Kung Fu Panda, Transformers, and Jurassic World!

A Harry Potter section and an area dedicated to the Despicable Me Minions will round out the theme park.

Universal Beijing Resort™ is a widely anticipated theme park destination featuring several all-new attractions along with the best Universal rides, shows and attractions from around the world – plus specially created experiences designed to reflect China’s cultural heritage. The initial phase of Universal Beijing Resort™ will include the world-renowned theme park – Universal Studios, and Universal CityWalk retail, dining and entertainment complex as well as the first-ever Universal-themed resort hotel and the first Nuo-branded resort hotel of Beijing Tourism Group.

Related: Capturing Disney Magic Within the Culture of Shanghai Disneyland

The Universal Beijing Resort is packed with new and exciting attractions and lands, as well as fan favorites from other Universal parks.

In a report by CNBC, they state that Shanghai Disneyland saw 11 million Guests in its first year. It is no wonder that Universal wanted to cash-in on those high numbers. With Universal Beijing pulling out all the stops on attractions it could easily see similar guests visiting its park when it opens in the spring of next year.

Only time will tell what theme park powerhouse will come out on top in China.

What do you think about the new Universal Beijing Resort? Let us know in the comments!